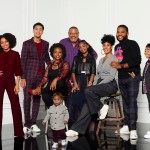 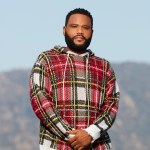 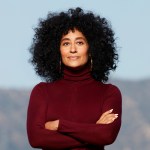 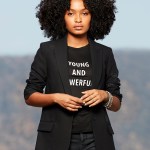 ‘Black-ish will return for season 7 on Oct. 21. HL spoke EXCLUSIVELY with Marsai Martin about being back on set, how she’s more similar to Diane than she’s ever been, and what’s ahead in season 7.

The hit ABC series black-ish recently aired a 2020 election special and will return for season 7 on Oct. 21. The Johnson family is back with Diane in the midst of her teenage years. Marsai Martin, 16, feels that she’s more like her character than ever before.

“I feel like the more I grow the more I am similar to her,” Marsai told HollywoodLife EXCLUSIVELY while discussing her new “Glass Half Full News” video series with California Milk Processor Board. “In seasons 2 and 3 it was a little bit of her evil side coming out, and in all these interviews I was like, “Oh, I’m nothing like her!” But now the writers are actually focusing on her teenage years because Diane is finally 15 or 16, the same age as me, so she’s going through boys, she’s going through just how to maneuver in life as a teenage Black girl. And that’s really just what I’m going through at the moment as well, so it’s funny now reading the scripts. I’m thinking, oh, that’s something I would say. I would definitely say I am way more similar to Diane than I ever was and I’m glad that we’re kind of following the same adventure as well.”

Marsai couldn’t spill much about what’s coming up, but she did say they’re about “halfway through shooting the entire season.” She opened up about being back on the black-ish set with the new safety protocols due to the COVID-19 pandemic.

“The first day back we had an hour tour to figure out this set and all the new safety restrictions, so I was counting that as my first day back at work,” Marsai continued. “So many things were happening, not just the safety precautions but just with coronavirus itself it’s like a whole new world. But I’m really glad that we’re taking the safety precautions that we do have while we can still act and be ourselves and focus on one thing at a time and still be with my TV family.”

Marsai also serves as the creative advisor for the “Glass Half Full News” series from the California Milk Processor Board, the creators of the iconic got milk? brand. The series is dedicated to looking at the world through the lens of kids to brighten people’s lives while spreading social positivity.

“I partnered up with got milk? and the California Milk Processor Board. A lot of kids are doing amazing and talented things during this quarantine, and we just want to make a show about it,” Marsai said. “So they came to me with the idea to creatively direct the kids and see what’s going on inside their world while having a glass half full along the way.” She added that she got to “talk to so many talented kids and experiment with them. That was a really cool part about creative directing it.”