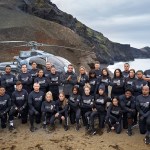 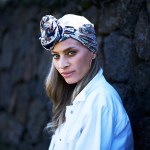 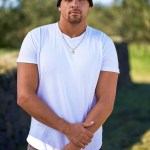 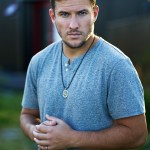 Despite having a baby at home, Cory Wharton is back for season 36 of ‘The Challenge,’ and he told us why he was more motivated than ever to get the win this time around!

Cory Wharton is looking for his first Challenge win on The Challenge: Double Agents — but he almost didn’t come on this season at all! Cory’s girlfriend, Taylor Selfridge, gave birth to the couple’s first child (and Cory’s second) in April. With a newborn daughter, Mila, at home, Cory had bigger responsibilities to tend to, and actually credits the coronavirus pandemic with why he was able to return for his eighth season of the show.

“This is the first time that COVID kind of played into my favor, where it pushed back the timing [of filming] a couple of months,” Cory explained to HollywoodLife EXCLUSIVELY. “So I talked to my family and my girlfriend and she was like, ‘Babe, I feel comfortable with Mila. I’m going to go home to my family.’ So it was a fresh start for her and daddy goes and takes care of business. It worked out.”

Cory has made the final three times during his tenure on The Challenge, but he has yet to get a win. He came THIS close last season, Total Madness, but wound up finishing in third place behind Johnny Bananas and Kyle Christie. However, the loss helped motivate Cory to work harder than ever before returning this time around.

“To watch TJ [Lavin] hand Johnny Bananas that check for a half a million dollars….you don’t understand how much that meant to me,” Cory admitted. “Every time I get in the gym, I’m like, ‘Cory, if you’re just able to push yourself another five minutes. Five minutes of hard work to be able to have a half a million dollars. Don’t let that happen again. Don’t let that five minutes define you.’ I literally thought about it all the time. I talked about it all of the time. It was the motivation that I needed.”

Cory is currently part of The Challenge family that has teamed up with Barry’s Bootcamp for Challenge-themed classes ahead of the show’s 36th season premiere on Dec. 9 on MTV. Attendees via the Barry’s-At-Home Digital Platform can workout alongside their favorite cast members with the program, which runs until Dec. 9. Check out more from our interview with Cory below:

What did you do differently to train this season? I paid someone to train me. Even though I know what I’m doing in the gym, everybody can use a trainer. Even trainers use trainers. Everybody’s knowledge is different in the field of fitness. Everybody trains their body differently. If you want different results, you’ve got to change up the way that you train and I definitely did that this season.

[I used] an electric stimulation training, which means I’d wear this bodysuit with electric muscle stimulation. They’re controlling it on an iPad that will activate my glutes or activate my hamstrings when I do an exercise, so I definitely did some things different to try to get some different results. And I trained my brain this year! I see all off the comments — y’all don’t think I’m training my brain. I feel like that’s my weak point in the game. I worked on my math a little bit and I downloaded a Tangram app.

What kind of specific exercise or classes did you do this time that you didn’t do last time? I would say the biggest difference is that I worked a lot on my small muscle groups. Usually, you go to the gym and you do your big muscle groups. I started to work more on groups like my hip flexers and things like that to allow me to become more functional. I noticed a big difference to kind of put down some of the heavy weight and pick up some resistance bands. It really helped me out a lot.

This season has a lot of rookies — how did you feel about there being so many new competitors? I love when rookies come into the game. I remember the days when I was a rookie. I was a hot head. So when I see rookies come into the game and they’re on an agenda, I can appreciate that, because I was there at one point. I’m in a great position because it’s like — I guess I’m a vet since this is my eighth season, but at the same time, a lot of rookies look up to me. And the older players want to work with me. So I’m right in the middle. I love the position I’m in and I try to play it to my advantage.”

Nelson made a big sacrifice for you on ‘Total Madness’ which helped you get to the final. Did you feel pressure to have to return the favor this time around? That definitely weighed on my mind. Anytime somebody literally puts themselves out there for you, you feel responsible. I feel like I let him down last season. I came up short. So, this season, I definitely let Nelson know that I’m going to do everything in my power to repay him. I don’t know if that’s possible or no, but I’m going to do everything in my power to make it up to him. I’m just so thankful that he did that. He showed what our friendship meant to him and it meant a lot to me.
A lot of people don’t know that we weren’t really talking before Total Madness. We didn’t talk for, like, four months, so coming on that show, we were kind of rocky. But being together for a couple of months just confirmed that we had to put that little drama we had to the side and we picked back up where we left off.