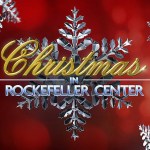 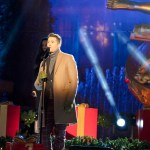 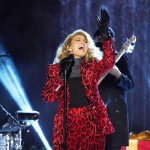 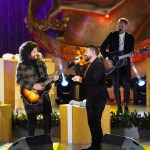 Weeks after releasing her first Christmas album, Meghan Trainor gave a stunning performance during the 2020 ‘Christmas In Rockefeller Center’ special.

Meghan Trainor couldn’t be in New York City to help light the Rockefeller Christmas tree this year, but she showed up remotely to sing for viewers during the Christmas in Rockefeller Center on Dec. 2. Meghan, who is currently expecting her first child, was in the holiday spirit for her performance, where she wore a green jumpsuit with a giant bow across the center. She sang “Holidays” with Earth, Wind & Fire, which is off her forthcoming Christmas album.

The mom-to-be was absolutely glowing for her holiday-themed performance, which took place in front of a snowy background. She wore her hair long and straight, with minimal makeup to show off her natural glow. Her baby bump was fully visible underneath the jumpsuit, with the bow falling right above her growing stomach.

Meghan’s holiday album is aptly titled A Very Trainor Christmas and was released on Oct. 30. In addition to several classic Christmas covers, including “Winter Wonderland,” Meghan’s record also includes six original recordings. After teasing the Christmas album for months, Meghan finally confirmed its release in September. The following month, she dropped the first two songs, and also announced that she was expecting her first child with husband, Daryl Sabara.

In an EXCLUSIVE interview with HollywoodLife in November, Meghan dished about her pregnancy cravings and more. “I just want sweets!” she gushed. “Sweets weren’t a thing in my life before. It was always, like, I want a bag of chips at night. Now, it’s like…I want a brownie or I want Oreos.” She also admitted that she and Daryl are currently keeping their baby name a secret, but revealed that they had the moniker picked out before they even knew the little one’s gender (she later confirmed that she’s having a boy).

We also got some scoop from Meghan about her Christmas album, and she told us why she chose not to cover Mariah Carey’s iconic “All I Want For Christmas Is You” on the record. “I’m going to let her have that,” she laughed. “That’s Mariah’s song. I’m not going to touch that. She’s too good at singing that. She’s the queen.” Amen!