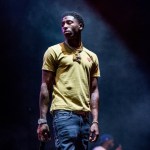 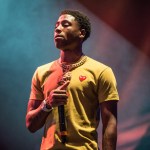 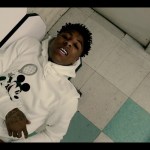 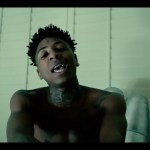 Well, that settles that. Amid speculation that Yaya Mayweather had reunited with NBA YoungBoy, Floyd Mayweather’s pregnant daughter confirmed that she’s indeed ‘taken.’

With a little help from her sister and RUN-DMC, Iyanna “Yaya” Mayweather let everyone know that she and NBA YoungBoy, the father of her unborn child, are 100% together. Yaya, 20, joined her 16-year-old sister Jirah Mayweather for a Nov. 18 TikTok video, which featured the iconic “Tricky” as the soundtrack. At the start of the clip, Jirah is listed as “Single” while Yaya is “Taken.” From there, we also see that Yaya is the “chill” one, Jirah likes “athletes,” and Yaya prefers “rappers” – which is obvious, considering whose bun in is her oven.

This confirmation comes about two weeks after YoungBoy, 20,  and Yaya revealed the sex of their unborn child. During a Nov. 5 Instagram Live session, Yaya showed an elaborate light display insider her home, one that spelled out “Baby Boy.” For this bit of good news, Yaya used Usher’s “Bad Girl” and LL Cool J’s “Lover” as a soundtrack, proving that her baby boy is going to grow up in a household with good taste in music.

It wasn’t YoungBoy or Yaya who broke the news of their baby, but Yaya’s father, Floyd Mayweather. Floyd, 43, delivered this bomb during the Oct. 30 episode of the Hollywood Unlocked: Uncensored podcast, per Rolling Out. “I just want the best for my daughter. Always want the best,” the boxer said, acknowledging that he and NBA’s recent clash. “If that makes her happy, then we’re happy,” added Mayweather. “Me and her mother are happy. But what I try not to do is get in her personal business. Because once she’s no longer under my roof, then it’s between her and her better half.”

This “beef” between Floyd and NBA stems from a comment the rapper during an April Instagram Live session after Yaya was released from jail after allegedly stabbing a woman. During the rant, NBA addressed his ongoing feud with Kodak Black while working in a shot at Floyd. “Bout, bout, bout, bout, bout my wife. You talking ’bout my wife?” said YoungBoy, referring to YaYa.  “Inside my house that I paid for. Not her b-tch-a— n—- daddy, n—-, huh?”

When asked about being called a “b-tch-a—” by YoungBoy, Floyd shrugged it off. “My thing is this: it has to do with your upbringing,” Floyd continued. “It starts in the home first. What I’ve always taught my daughter is this: always be respectful when you go to anyone’s home. And whatever goes on in your home, don’t talk about it to the world….I look at NBA Youngboy as a child. I can’t get upset with a kid like that. With this new generation…kids talk about pills, and kids talk about syrup. So, you know, it could’ve been one of those days for him. At the end of the day, I only want the best for them.”