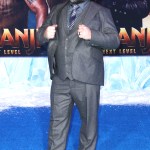 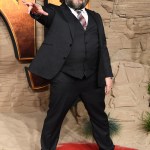 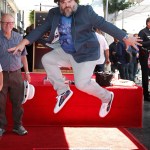 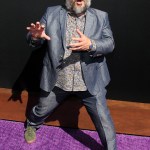 That’s it – Jack Black just ‘won’ every WAP challenge – past, present, and future. The ‘School of Rock’ star literally put the ‘wet’ in Cardi B and Megan The Stallion’s song by twerking up a storm while getting soaked by a hose!

Jack Black made a case as to why he’s one of the greatest people on TikTok on Sunday, thanks to some help from Cardi B and Megan Thee Stallion. “Challenge accepted,” Jack, 51, captioned the video he posted on Nov. 15, one that showed the Tenacious D singer and Jumanji star wearing the tightest of red trunks. It’s unclear if they were officially Speedos, but what was clear is that Jack could twerk like the best of them. He “makes it drop” after a high kick, and throws himself to the ground to make his booty shake, gyrate, and bounce. Must be jelly because jam don’t shake.

The School of Rock star even does a spin-a-rooni at the end. Oh, by the way, he’s doing this while being completely soaked by an off-screen hose. The stream nails Jack right in the face, on the head, and his bouncy backside. The whole dance puts the “wet” in “WAP,” and it’s a fitting tribute to Cardi’s banger. “Realistically, Jack Black is one of the coolest people of all time. Let’s be real here, he is just amazing,” one fan said after seeing the dance.

This is not the first time Jack has done a half-naked TikTok dance that nearly broke the Internet. When he first joined the platform at the end of March 2020 – right as the COVID-19 pandemic was picking up – Jack ditched his shirt and put on a pair of cowboy boots to dance on the skateboarding half-pipe in his backyard. With ballerina twirls, jumps, a high kick, and more confidence than ever imagines, Jack announced his arrival on TikTok like a star. Some called it a “coronavirus silver lining.”

“WAP” may be one of the few bright spots in an otherwise overall bad year. For Cardi, it’s a huge accomplishment. The record debuted at the top of the Billboard Hot 100 when it was released in August. However, Cardi told Footwear News that this success only means she’ll have to push herself harder. “I’m such an ambitious person. I feel like I lost so much. Now that I’m winning, it’s a very addicting feeling,” Cardi said in the FN interview. “I can go to sleep with the No. 1 record, but I’m going to sleep and thinking, ‘I need my other album to go No. 1.’ My sneaker sold out so fast; I need my next sneaker to sell out.’”

“When I do something positive, and when I see my things selling out or my record doing pretty good, I get this crazy rush of happiness,” she added, “but then it’s this rush of overwhelmingness that makes me want more [and] want more.”