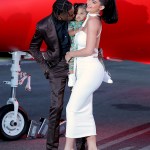 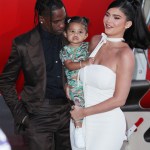 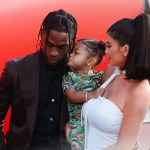 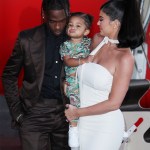 Halloween has never been any cuter than this. On the night before the spooky holiday, Travis Scott and Stormi caught a quick pre-Halloween nap while wearing matching skeleton PJs.

It appears that Stormi Webster’s favorite Travis Scott song is “SKELETONS” (actually, no. That song is totally not appropriate for a 2-year-old to be listening to.) The young daughter of Travis and Kylie Jenner was wearing a pair of boney PJs when she decided to grab a little bit of pre-Halloween shuteye. Stormi snuggled up to Travis, 29, who was also wearing skeleton pajamas, on the couch for a quick nap. Travis nestled in for a few Zzz’s as well, and the picture of this daddy-daughter bonding moment is too cute for words.

It seems Kylie’s daughter has a thing for skeletons. In 2018, eight-month-old Stormi and Kylie (now 23) wore matching skeleton costumes. The two dressed up for a series of holiday-themed photos posted to Kylie’s Instagram Story.  “Girls Halloween Dinner,” the makeup mogul captured the shot, which included an actual skeleton lounging on the couch along with the two of them. It was a skeleton-themed party, which included people dressed in skeleton costumes, close-ups of fake boney hands wrapped in jewelry, and a series of skeleton treats being passed out at this bash.

As for what was Stormi’s actual costume this year, the young girl dressed up as a purple Minion from Despicable Me 2. “Look at my crazy hair,” said Stormi as she walked around. (Kylie dressed up as a yellow Minion, matching her daughter.) The Keeping Up with the Kardashians star marveled at how Stormi looked “so cute” in her purple wig, overalls, and gloves. It was indeed one of the cutest KarJenner costumes of 2020, a year which saw North West as a rockstar (while rocking a Misfits t-shirt), True Thompson as a kitty cat, and Dream Kardashian as Belle from Beauty and the Beast.

At the start of the month, Kylie, Travis, and Stormi went out to a pumpkin patch and shared their adventures online. Stormi, while wearing a Balenciaga t-shirt, frolicked through a field of flowers. She joined Travis for a picture that looked similar to one taken during 2019, but it was clear just how much Stormi has grown in a year.

Just a few days before Halloween, Travis, Kylie, and Stormi were seen exiting Kylie’s pink private jet. It was unclear where the trio was coming from since they opted out of attending Kim’s 40th birthday party on a private island. This outing continued the speculation of whether or not Kylie and Travis had reconciled. The two split in October 2019 after two years of dating but have remained close since then. Though they act like they’re not a couple in public, sources told HollywoodLife EXCLUSIVELY that they “act very much still together privately.”