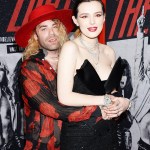 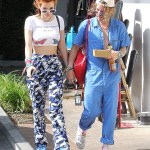 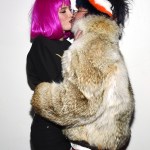 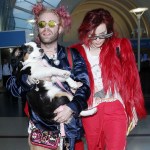 Demi Lovato was snapped hanging out with Bella Thorne’s ex-boyfriend Mod Sun. Here’s how the former Disney star reacted to photos of the pair.

Three weeks after breaking off her engagement, Demi Lovato, 28, was photographed hanging out with Mod Sun, fellow Disney star Bella Thorne‘s ex boyfriend. The “Skyscraper” singer, who called it quits with soap star Max Ehrich in September, hit up In-N-Out with the rapper, 33, and jumped in the same car as him. A source close to Bella told HollywoodLife exclusively that she wasn’t bothered by the news. “Bella had no idea that [Demi and Mod] hung out the other day but she really isn’t concerned one way or another who her ex is spending time with,” the source dished.

The insider added, “it’s not a huge surprise they were hanging out because she knows they’re friends so it’s not a big deal whatsoever. Bella was having a blast on Tuesday herself during a girl’s night out and she’s totally moved on from the past,” they told HL. “Bella is in such a great place right now and she’s never been happier with in her relationship with Ben [Mascolo]. She feels so grateful to have found someone who she connects with on every level and she’s excited to see where things go. She just has a different vibe about her since dating Ben and it’s definitely a good look for her.”

Mod Sun famously dated Bella for over a year from 2018 to 2019. During their relationship, they “got married” with a wedding ceremony, however Bella later explained that it was not a legal marriage. The two split in April 2019, and things did not end on good terms between them, with the rapper going on to say he “nearly killed himself” post break up. He decided to turn his life around in May of 2019 and became sober, while Bella moved on with boyfriend, Benjamin Mascolo.