Bethenny Frankel is prepared to continue letting fans into her life while making sure to “mention it all” in her new podcast. Despite her crazy schedule, she’s promising that we haven’t seen the last of her when it comes to starring on reality TV with her family. “I’m not doing a personal reality show because The Big Shot With Bethenny is also very personal,” Bethenny told HollywoodLife EXCLUSIVELY on Sept. 22 about the show, which is currently in development. “You’re going to see me in my home habitat, so it’s different,” she confessed.

The Skinnygirl business mogul struck a multi-year deal with MGM Television and Mark Burnett Productions back in March of 2019. Though details have been scarce, it has been confirmed that Bethenny will star in some of her projects while Executive Producing and sitting on the sidelines for others. “We are thrilled to have Bethenny Frankel join the MGM television family and bring her unique entertainment savvy that has been loved by viewers since her appearance on The Apprentice and Shark Tank,” Mark said in a statement. 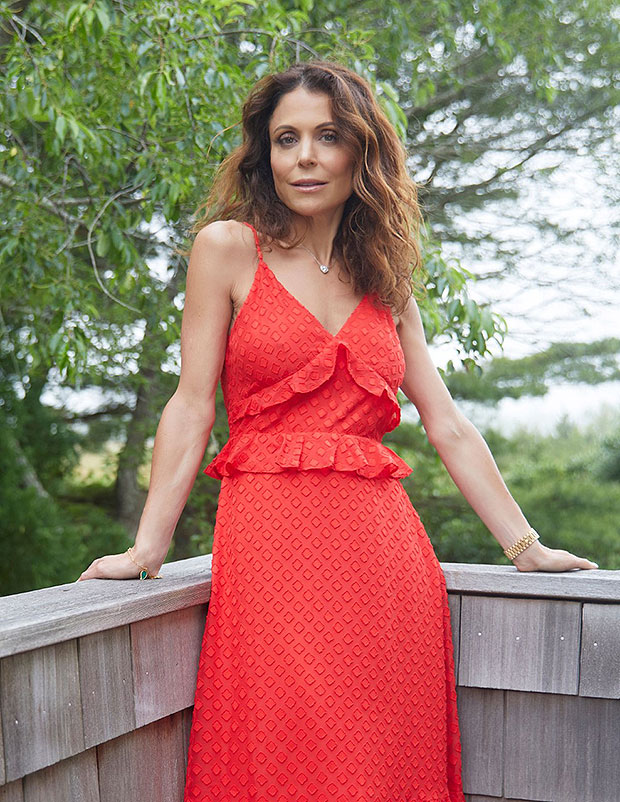 The mom to daughter Bryn Hoppy, 10, is promising to keep it real for viewers. The show will also be different from what people have seen of her glitz and glamorous lifestyle than in the past. “It’s more meaty to have a show that actually has somewhere that it wants to go, but also get that truth about my life,” Bethenny said. “Right now I’m in my home with my dogs but I’m doing business. I don’t know anyone who has more of a grey area between their personal life and their business so you’re going to get a lot of that.”

While the show waits to begin filming, Bethenny is laser focused on her podcast Just B With Bethenny, which hit #4 on the Apple charts before its Sept. 28 release. “I made a commitment like I first did when I went on reality TV to do it real and come correct and live and direct,” Bethenny said. “There’s no fluff or nonsense about who you’re sleeping with or gossip. It’s all about really finding out what makes them tick, how they make decisions, how they think, how they operate in business and everyone is revealing so much about themselves rather than if I was asking them really personal questions, just saying things that you would never hear anywhere else, so it’s going to be amazing, much better than I ever imagined.”

Happy Birthday @biggysmallz! We celebrate the love, furriness & snuggles you bring into our house. 🐶🎉🐶 #onedog #twins

You would think this B has hit it all, but she’s still growing. With four new supplements for women, an ever growing HSN clothing line and her philanthropic bstrong initiative, there seems to be no slowing down. “It wasn’t that long ago that I really didn’t know what was going to happen to me, so I’m really grateful and it’s really hard to pinch yourself every day because a million things are happening,” Bethenny added. “it really makes me sit back and go, ‘Wow. I’ve come a long way baby.’ But there’s a lot of intensity. A lot of work, a lot of stress to keep the machine going and to do relief work and the way that I do it. It’s intense. It’s not that easy. If it were easy, everybody would do it. It’s not that easy.”