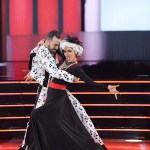 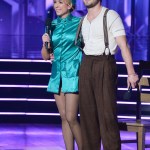 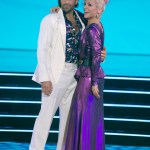 Tyra Banks sent a message on TikTok to her critics, who have bashed the new ‘DWTS’ host for sometimes messing up on the show. She’s vowed to ‘keep going’ and having fun despite her mistakes!

New Dancing with the Stars host Tyra Banks responded to her haters with a TikTok on September 22, telling them that she’ll keep thriving despite flubbing a few lines. “Tonight I hosted the second episode of Dancing with the Stars… and yeah, it wasn’t perfect,” Tyra, 46, said in the video that appears to have been filmed in her dressing room. “Yeah, I had a lot of fun but I messed up, I said the wrong words, but I kept, kept going.”

Tyra compared her performance as host to Skai Jackson, one of the contestants this season, who had a rough time during her samba with partner Alan Bersten. Skai, 18, slipped and nearly fell on the dance floor during her performance. But, she got back up and continued to kill it. She even told HollywoodLife EXCLUSIVELY after the dance: “I mean, people stumble. Beyonce has stumbled before. I mean, of course, it’s a little bit upsetting but next week is going to be great.”

“[Skai] kept going,” Tyra said in her TikTok. “And because of that she’s here for another week. So the message is: I messed up this week, Skai messed up this week, but we’re gonna keep on going and going. So, forgive yourself when you mess up, stand the heck up, and keep going.”

Critics bashed Tyra from the day she was named the new host for season 29 in July, following Tom Bergeron‘s revelation that he was let go after 15 years and 28 seasons. Erin Andrews, who co-hosted with him for 10 seasons, was also let go. But in a press conference with reporters ahead of the season premiere, Tyra defended ABC’s decision — and even welcomed criticism with open arms.

“Come on this journey with me and be honest, give me feedback. I don’t shy away from it. Some [criticism] is honest, good critique to take and get better. I’ve always kind of had wind in my face a little bit and it doesn’t really bother me,” Tyra told reporters, including from HollywoodLife. After decades in the entertainment business, she said, “it is my job to endear America to not just me, but to this show, because it is the same show.”