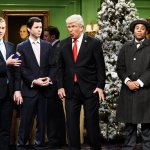 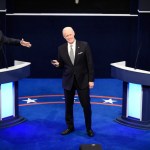 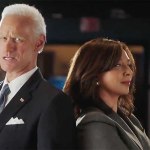 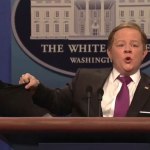 With Alec Baldwin reprising his iconic portrayal of Donald Trump & Jim Carrey on board to play Joe Biden, season 46 of ‘SNL’ is going to be epic!

Saturday Night Live is perhaps best known for its politically-themed sketches, and fans can be assured that the upcoming 46th season isn’t going to disappoint! “SNL is always politically charged and this year will be no different. Colin Jost and the rest of the writers and cast are very eager to dive into this presidential season with all hands-on deck,” a source close to production tells HollywoodLife EXCLUSIVELY. Notably, Colin serves as co-anchor on “Weekend Update” as well as a writer on the series.

With the presidential election coming up on Nov. 2, showrunner Lorne Michaels has already got Alec Baldwin, 62, back on board to play Donald Trump, as well as comic legend Jim Carrey, 58, to tackle the role of Joe Biden. “[SNL staffers] can’t wait to work with Jim Carrey, Alec Baldwin and everyone else. There [are] going to be lots of skits and openers surrounding the election and whatever happens post-election. It will be a very big part of the show this season,” the insider also revealed. After a series of “At-Home” episodes to close out season 45, SNL will be back at Studio 8H for it’s upcoming Oct. 3 premiere.

Recently, Lorne opened up about his decision to bring Jim on board. “There was some interest on [Jim]’s part. And then we responded, obviously, positively,” the longtime SNL executive producer told Vulture. “But it came down to discussions about what the take was. He and Colin Jost had a bunch of talks. He and I as well. He will give the part energy and strength, and…Hopefully it’s funny,” he added, laughing. While Jim has hosted SNL a number of times over the years, the Ace Ventura actor was never a full-time cast member on the NBC series. He did, however, audition for the show back in 1980 (and didn’t make the cut).

In the interview, Lorne also clarified that he doesn’t view Jim and Alec’s appearances as “celebrity cameos” — noting that Woody Harrelson also portrayed Joe Biden last season. “I honestly don’t think of them as celebrity cameos….Alec Baldwin’s probably done the show 25 or 30 times. He’s just part of an extended group in the same way that if Tina Fey has something meaningful to say on Update, we’d welcome her,” he explained. “It’s the same way with Maya [Rudolph, as Kamala] — you saw what she brought to it. So, I don’t think of it that way. Beck [Bennett] will be doing Pence because he does it brilliantly…But I’m thrilled Jim’s doing it.”