“Often, when you have had such trauma in your own life, you get to make up for the childhood you didn’t have through your own children,” said Oprah Winfrey while speaking to Mariah Carey on The Oprah Conversation on Apple TV+. While discussing Mariah’s dysfunctional childhood — detailed in her upcoming memoir, The Meaning of Mariah Carey — Oprah, 66, asked Mariah, 50, if her nine-year-old twins, Moroccan and Monroe Cannon, have helped her resolve any lingering issues with her broken childhood. “They helped to heal me every day,” said a grateful Mariah.

“Every time we have a moment that feels real and authentic and genuine…them loving me unconditionally,” said Mariah of her and Nick Cannon’s children. “Just by the fact that the children provide me with this actual love, and they’re my actual family, and I’m not worried about them trying to hurt me or do any of the things that happened to me when I was a kid. I’ve never had a reference for unconditional, familial love until now.”

Mariah’s parents – a white Irish-American mother and an African American/Afro-Venezuelan father – divorced when the “Honey” singer was three-years-old. Afterward, Mariah’s mother struggled to provide for her family. This resulted in a very turbulent home life, one made only worse after Mariah’s older sister developed a drug problem, had a baby at age 15, and went into sex work. Being biracial also added to Mariah’s feelings of alienation and isolation. “I had to go through so much in my childhood just to feel accepted and feel worthy of existing on Earth,” she told The Guardian in 2018, “because I felt so different from everybody else growing up, because I was biracial, because I was so ambiguous-looking and because we didn’t have the money to escape whatever the everyday realities of life were.”

Mariah, while speaking to Oprah, made it clear that she also found this deep connection from her fans. “One thing, though, that has been a central [thing]…my fans have been the only ones that I felt I got unconditional love from. Like, my die-hard fans,” said Mariah. That’s why we went from ‘Lambs’ to ‘Lambily’ to this whole thing – I was doing it even before social media.  I had this connection in a way that people feel like know [me] – my fans feel like they’re the only ones who’ve ever known me. I feel that way.” 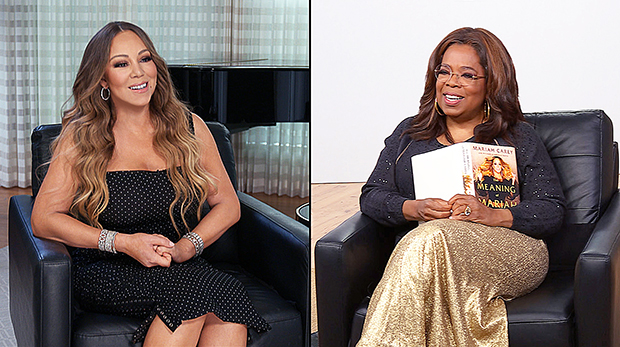 Mariah’s upcoming memoir, out on Sept. 29, will cover both her past marriage to Nick Cannon, 39, as well as her five-year marriage to music executive Tommy Mottola, 71. Mariah “has a lot of nerves about the book coming out,” an insider told HollywoodLife EXCLUSIVELY. “She’s extremely candid, so she does worry about certain people being upset by what she reveals.” The source said that Tommy “probably won’t be too happy” with the details in The Meaning Of Mariah, but “it wouldn’t be her true story if she didn’t share what happened in their marriage.”

Related: Nick Cannon’s Kids: Everything To Know About His Brood After He Welcomes 12th Child