Cara Santana, 35, boldly chose to take on the role of a troubled female singer in her latest film, Be The Light, despite the fact that Cara, herself, isn’t able to sing. “It’s such a great example of taking a risk,” Cara told HollywoodLife EXCLUSIVELY of her character Celina.

“I was in New York actually at the time when the audition came it and it was three dramatic scenes from the film and they were like, ‘We need her to sing 10 bars.’ I very specifically ignored the direction to put on tape for singing and I just taped the three audition scenes and I sent it in and I was called back in and they wanted me to come read for Malcolm [Goodwin], who is our amazing director, and Victor [Hawks], who is our producer and so I read and they were like, ‘OK, great, and now we’d love to hear you sing,’ and I was like, ‘About that — I can’t sing,'” she told us.

She continued, “I basically had to learn how to fumble on the guitar in three weeks. We were in pre-production for three weeks. The role actually requires me to sing. That is not my voice. It’s a really talented singer by the name of Molly [Roth] It actually isn’t my voice in the film. I did not sing, but I did learn how to sing and how to move my mouth like a singer would and that was definitely a technique.”

After leaving the audition, Cara felt like her chances for getting the role were slim even though she tried her best. “I’m like, ‘I did not get this job!’ and about two days later, they called and were like, ‘The job is hers,'” Cara said. “I was like, ‘What about the singing?’ and they said, ‘We’re going to have someone dub your voice,’ so thank gosh I got away with it. I think sometimes we’re so afraid we don’t fit into boxes or what an idea of something should be and really, Malcolm took a chance on me and I’m really grateful for that and it serves as a reminder and example to keep an open mind no matter what side of the coin that you’re on.” 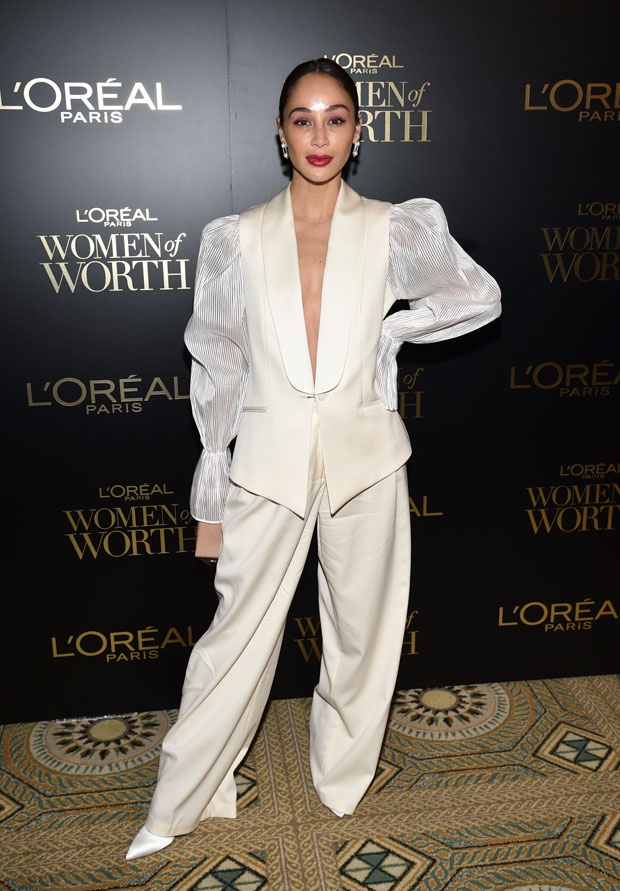 And like many females, Cara leaned on her friends for advice when it came to what to do to even audition in the first place. But this time, she was happy not to listen to BFF, Olivia Culpo, 28, who she says tried to talk her out of even auditioning for the role. “I had just been at Stagecoach with my really close friend Olivia Culpo when they go, ‘We really want to bring her in,’ and [Olivia] can sing,” Cara said. “She has a beautiful voice, and I was like, ‘Liv, I literally cannot sing,’ and she was like, ‘No, you can’t. You should just not go in for the audition!’ And luckily, I did! I didn’t sing but I got the role, but you never know!”

The biggest lesson Cara wants to send to other now is just how important it is to believe in yourself, and she’s so thankful her hard work paid off, as she’s now very proud of the film. “You’ve got to be willing in life to just take the right, indicated action and whatever’s meant to be will be,” Cara added. “We worked hard and it paid off.” 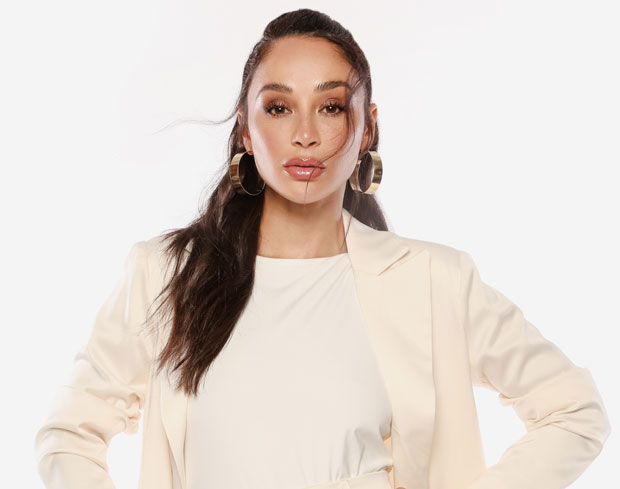 Speaking of hard work, Cara has been putting it in overdrive lately! Despite the film which dropped on Sept. 11 on most streaming platforms, Cara has been spending a lot of time focusing on The Cara Santana Collection. From stylish dresses, to plaid trenches, everything retails for $100 or less and she’s so proud of the line despite the changes she had to make because of the financial hit partner Kohl’s took because of the Coronavirus pandemic. “We boxed this collection independently and that was a decision I was really grateful to do that I had such a successful female team behind me and that’s what we did,” Cara said. “We created a website and we’re selling clothes. “It’s so awesome and it’s so rewarding and I think it’s just another reminder to me that you shouldn’t let other people define what you can and can’t do.”