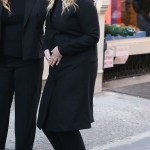 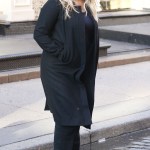 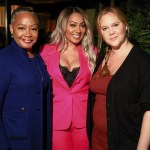 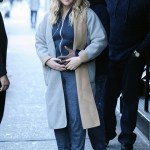 Amy Schumer may not have won the Emmy for her cooking series, but she had a virtual acceptance speech ready to go — and her son Gene made an adorable cameo.

Amy Schumer, 39, has shared the sweetest clip with her husband Chris Fischer, 40, and their two-year-old son Gene. Following her Emmy nomination for her series Amy Schumer Learns to Cook, the family pre-recorded an acceptance speech in the event they took home the award, and despite losing to Netflix’s Cheer, Amy shared the cute clip to Instagram. “Emmy loss,” she captioned the September 20 Instagram video, which also featured the youngster’s nanny, Jane and their dog Tati.

The vid we made in case we won. We lost to Cheer! I loved cheer! #amyschumerlearnstocook

Her series, which airs on The Food Network, was nominated in the outstanding unstructured reality program category. “The vid we made in case we won. We lost to Cheer!” she wrote, adding, “I loved Cheer!” The group sat around what appeared to be their family kitchen table, with their mini-me son perched in a high chair eating a snack while Amy talked. “This video they’ll play if we win an Emmy. Jane, who do we want to thank?” she asked.

Jane replied, “Thanks for the people who are watching our show, thanks for all the support and love. Thank you Food Network, thanks to Amy especially and Chris, and this little guy.” Amy also gave her son a shoutout, adding, “We we thank Gene and we want to thank everybody at the Food Network.” After naming several other behind the scenes crew members, Amy sang, “Amy learns to cooook,” in a sweet voice to Gene, and he giggled adorably.

They might not have taken home a trophy, but plenty of people loved the series. Paris Hilton dropped a series of heart-eyed emojis while Booksmart actor Beanie Feldstein wrote, “THATS MY BEST FRIEND GENE.” Earlier this year, the Trainwreck star changed little Gene’s middle name after commentary on social media. “So do you guys know that Gene, our baby’s name is officially changed? It’s now Gene David Fischer. It was Gene Attell Fischer but we realized that we by accident named our son, ‘genital’,” she said on her podcast back in April.