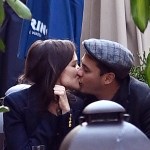 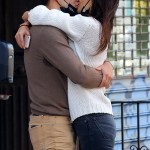 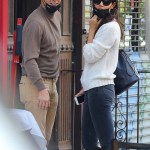 Katie Holmes has been enjoying plenty of PDA with her new man Emilio Vitolo Jr. Here’s why she’s not shy about showing off her new romance.

Katie Holmes, 41, appears to be falling head over heels for handsome 33-year-old chef and restaurateur Emilio Vitolo Jr. and she isn’t trying to hide it from anyone. After having such a private relationship with Jamie Foxx, 52, for six years it’s a big change to see Katie engaging in so much PDA. But, a source close to her new boyfriend told HollywoodLife EXCLUSIVELY why Katie’s “flirty” behavior with the NYC chef isn’t really surprising.

“He has a huge personality,” shared our source. “He’s one of those men that when he walks into a room, everybody knows it. He’s very well known in the restaurant scene and has such a magnetic, positive energy about him that he just draws people towards him.

“Without knowing what Katie’s past relationships were like with her exes, Emilio isn’t like most men. He’s confident and isn’t afraid of going for what he wants. He has a magnetic personality and has a way about him that just makes people smile. That’s probably what drew her in and it’s no wonder she feels comfortable and safe with him to show affection in public.”

Katie and Emilio were first photographed having a romantic lunch on Sept. 2 at SoHo’s Antique Garage. She was smiling and laughing flirtatiously through the whole date. Then on Sept. 8 she stopped by his family’s New York City restaurant Emilio’s Ballato and they were all over each other at the eatery’s front door.

Katie and Emilio have been spending time together at other NYC establishments too. On Sept. 6 they had a dinner date at Peasant Restaurant in NYC where she sat on his lap. They kissed at the table for everyone to see — and they couldn’t have looked better doing it. They were perfectly coordinated in white t-shirts. Katie kept her date look super casual and wore her hair up in a messy bun.

Although Emilio is nowhere near as famous as the Batman Begins star he does have plenty of famous friends. His Instagram page is full of pics of him posing with superstar pals like Danny Devito, Sophie Turner and Joe Jonas, Cuba Gooding Jr., Lenny Kravitz and David Schwimmer. He even has a photo with President Barack Obama, who dined at the popular NYC eatery with his daughter Malia.