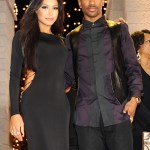 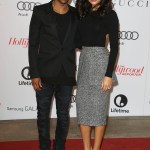 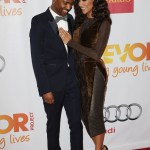 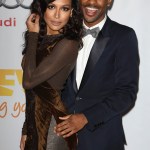 Has Big Sean changed his tune? Six years after releasing ‘IDFWU,’ a song many took as a Naya Rivera diss track, the rapper says it’s ‘hurtful’ to have that song even ‘associated’ with his late ex-girlfriend.

In the span of twelve months – from April 2013 to April 2014 — Big Sean and Naya Rivera went from dating to engaged to broken up. Five months after the split, Sean, 32, dropped “IDFWU” (short for “I Don’t F-ck With You”), and many fans thought it was a diss track about the Glee star. Nearly two months after Naya’s death, Vulture asked Sean was asked if he regretted releasing the track, and he said, “that’s a tough question to answer because I’m still processing a lot of that.”

“I don’t feel comfortable talking about it because I want to respect her,” Big Sean told Vulture. “She’s made such an impact on people, and she’s done so many great things in her life and her career that it was hurtful to even have that [song] be associated with her. It wasn’t a diss to her. I truly made the song and played it for her. She knew about it, and she liked it. We had a breakup that was very public, and we were young, and we forgave each other and moved on from that. If I would have known something this tragic would have happened, I would have never made the song.”

Naya and Big Sean began dating in April 2013. By October of that year, they were engaged, but their romance fell apart a year after it started. Naya spoke about “IDFWU” during a 2016 appearance on The Real when discussing her boom, Sorry, Not Sorry: Dreams, Mistakes & Growing Up. “I talked about that in the book, in a conversation I had had with him. I had heard that song way before we weren’t together, and it wasn’t completely finished. I had made a request that people are already going to think it’s about a relationship or a girl, so just kind of downplay that for me.”

“I feel like we had both been through a lot at this point, so I just felt like why add fuel to the fire? And then the song came out, and it is what it is, and who knows who it’s about. But, you know,” she told The Real hosts. Naya would go on to lip-sync to “IDFWU” during a June 2018 episode of Lip Sync Battle. Months after the split from Big Sean, Naya tied the knot with Ryan Dorsey. Big Sean would move on from Naya to date Ariana Grande and Jhené Aiko.

After Naya’s tragic drowning death, Big Sean mourned his ex with a heartfelt tribute. Rest In Peace Naya, God Bless your Soul!” he wrote. “Thank you for blessing us all with your talent and presence. You are a hero! Not just because of how you saved your son, also because of the barriers you knocked down for so many people to make them feel confident in themselves and to stand tall and be proud when they couldn’t achieve that on their own.”