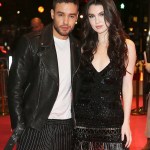 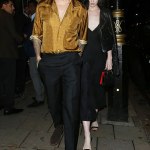 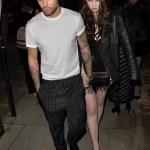 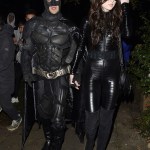 Liam Payne is getting married! After his girlfriend, model Maya Henry, was seen with a massive diamond around THAT finger, the One Direction singer confirmed that they are indeed tying the knot.

Think that Liam Payne can convince the rest of his One Direction bandmates to reunite and be the ultimate wedding band? Liam, 26, better start asking now, because a publicist for the “Strip That Down” singer confirmed to Us Weekly that he and 20-year-old model Maya Henry are getting married! Liam and Maya sparked engagement rumors when she was spotted with a giant rock on her finger while going out to dinner at London’s Novikov restaurant on Aug. 27. Turns out it was an engagement ring, and these two are going to walk down the aisle!

Liam and Maya reportedly struck up a romance in 2018, but they kept their love on the down-low for about a year. The finally took their relationship public in September 2019, making it “Instagram Official” by posting a picture of them cuddling close.  Since then, there was some speculation that this romance had fizzled out. Liam and Maya hadn’t been photographed together since the Fashion Awards in London in December 2019, per Us Weekly. However, Liam continued to “like” her IG posts – and this proposal pretty much puts an end to any talk of a breakup.

Maya, for those who do not know, is a model who has walked for such lines like Dolce & Gabbana and George Hobeika. She’s also appeared on a variety of magazine covers, including Elle Romania, Grazia Italia, and Harper’s Bazaar Vietnam. She hails from San Antonio, Texas, and is the daughter of a respected personal injury lawyer. Nick Jonas and Pitbull performed at her quinceañera, which reportedly cost $6 million, which is to say she comes from money.

She also knows what it’s like to be in the public eye, as her family’s lives were featured in a YouTube reality series, Hangin’ With Los Henrys. You may also recognize her as the bartender in Lil Nas X’s “Old Town Road” video.

Liam was previously involved with singer Cheryl (aka Cheryl Tweedy, fka Cheryl Cole 37). The couple, who welcomed their son Bear Grey Payne in 2017, announced they were calling it quits in 2018. “Cheryl and I are sad to announce that we are going our separate ways. It’s been a tough decision for us to make, the 1D singer said in a statement. “We still have so much love for each other as a family. Bear is our world, and we ask that you respect his privacy as we navigate our way through this together.”