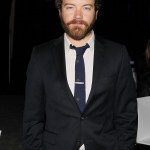 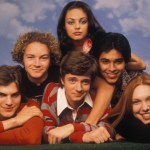 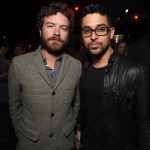 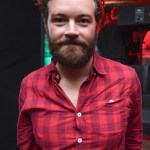 Two months after being charged with three counts of rape, Danny Masterson revealed his face on Instagram. The ‘That ’70s Show’ star’s hair was completely grown out.

Danny Masterson looks like a far cry from his character most people are familiar with on That ’70s Show. For the first time since being charged with three counts of rape “by force or fear” on June 17, the 44-year-old actor showed his face on Instagram, and it was barely recognizable. In the Instagram selfie shared on Aug. 20, Danny’s normally cropped hair now shot past his eyes. Some of the tangled overgrowth even reached the bottom tip of his beard.

To cut, or not to cut, that is the question.

“To cut, or not to cut, that is the question,” Danny captioned the selfie, unsure if he’s ready for a trim. The post arrived just a little over two months after the Los Angeles District Attorney’s handed the sitcom star his criminal charges, after being accused of raping three different women (two whom were 23 years old, and one who was 28 years old at the time) at his home in Hollywood Hills between 2001-2003. Danny was still starring on That ’70s Show during this time (he has also starred on The Ranch, but was fired from the Netflix series in 2017 over sexual assault allegations). After he was charged, Danny was photographed on June 23, although his beard was gone and his hair was much shorter.

If the actor is convicted for the three counts of rape, he faces a “possible maximum sentence of 45 years to life in state prison,” according to the LA County District Attorney’s announcement that was issued in June. His fate in the legal system remains unknown, though, since he’s still waiting on his arraignment that’s scheduled for Sept. 18 at the Foltz Criminal Justice Center in downtown Los Angeles.

Danny is fighting the allegations, and denied them through this statement provided by his attorney Tom Mesereau to HollywoodLife: “Mr. Masterson is innocent, and we’re confident that he will be exonerated when all the evidence finally comes to light and witnesses have the opportunity to testify. Obviously, Mr. Masterson and his wife [Bijou Phillips, 40] are in complete shock considering that these nearly 20-year old allegations are suddenly resulting in charges being filed, but they and their family are comforted knowing that ultimately the truth will come out. The people who know Mr. Masterson know his character and know the allegations to be false.”