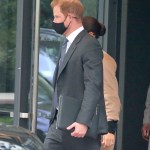 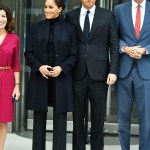 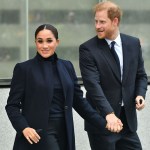 Four months after putting an end to their royal life, Meghan Markle and Prince Harry have officially settled in California by purchasing a home in Santa Barbara.

Meghan Markle and Prince Harry are officially residents of Santa Barbara, California after settling into a family home there in July. After Page Six first reported the news, a rep for the couple confirmed it. “The Duke and Duchess of Sussex moved into their family home in July of this year,” the pair’s rep old Entertainment Tonight. “They have settled into the quiet privacy of their community since their arrival and hope that this will be respected for their neighbors, as well as for them as a family.”

This purchase makes Meghan and Harry homeowners for the very first time. Their new community is already home to other famous faces, including Oprah Winfrey, Rob Lowe and Ellen DeGeneres. The pair previously lived at Nottingham Cottage, on the grounds of Kensington Palace, in London, followed by a stay at Frogmore Cottage in the Home Park of Windsor Castle.

Earlier this Meghan and Harry relocated to the United States following their exit from the Royal Family. Before purchasing their new home, they spent some time in Vancouver, Canada, and briefly lived Tyler Perry’s mansion in Beverly Hills. For the most part, they’ve kept a very low profile since living in California, and have only been publicly photographed a handful of times.

Meghan and Harry announced their decision to step down from their senior roles as Royals in Jan. 2020. They also confirmed that they, along with their now one-year-old son, Archie, would be splitting time between the U.S. and U.K., while remaining ‘financially independent’ from Harry’s family. “The decision that I have made for my wife and I to step back is not one I made lightly,” Harry admitted. “There really was no other option.” Harry and Meghan’s decision came after the Duchess faced years of media scrutiny, which began when she first started dating Harry in 2016.

The couple’s time in California began at the beginning of the coronavirus crisis earlier this year. In April, they were photographed delivering food for those who were unable to shop and cook for themselves amidst the pandemic. The charity work was for Project Angel Food, an organization that Meghan and Harry have continued to work with in the months since.