Tamera Mowry-Housley, 42, took to social media on July 13 and announced that she was leaving The Real after 7 years, and although her fellow co-hosts got a heads up about her statement on Instagram before it was posted, they were initially stunned by her decision to exit. “The rest of the girls were blindsided,” a source told HollywoodLife EXCLUSIVELY.

Jeannie Mai, 41, Loni Love, 49, Adrienne Bailon, 36, and Tamera led the successful female-driven talk show since it premiered in2013. And since then, the show has seen other co-hosts come on, including Tamar Braxton, 43, and Amanda Seales, 39, who announced her departure just two weeks before Tamera. The show is currently picked up through 2022 and it remains to be seen if more co-hosts will be added.

I had NO intention to talk about this today, especially in light of the news of my dear friend Naya, but now some reports are coming out and I’d rather you hear it from me first.

After spending so much time together all these years, it’s no surprise the ladies were feeling bummed over her announcement. “It wasn’t an easy decision to make and she loves her co-stars,” the source added. “Adrienne, Jeannie, Loni and Tamera all have a great relationship. Only Loni knew she was considering it.”

Tamera won’t be wasting any time relaxing either, as she already has plans for her life and career after exiting the talk show. “Tamera decided to leave The Real because she wants to focus on acting more in TV and movies,” the source said. “She’s living in Napa full-time and wants to be more involved in her kids’ schooling (from home).” 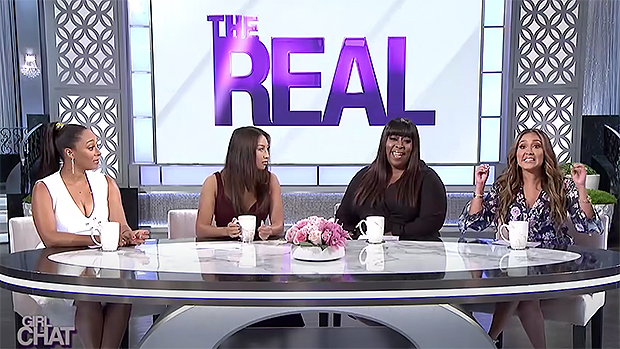 Though the decision to announce her exit didn’t come easy, nor did the timing. Once she caught wind that the news was leaking to the press, she jumped ahead of the game and took to Instagram. “She heard that it was potentially going to leak that she was leaving,” our source revealed. “She didn’t want that to happen, which is why she did it herself when she did.” And Tamera’s co-hosts were made aware of the news just a couple days before she broke the news publicly.