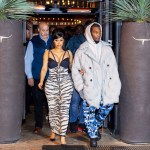 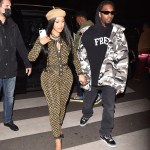 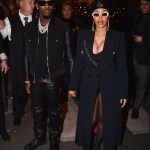 What a sweet and very expensive gesture! Offset went above and beyond for his daughter’s 2nd birthday by gifting her with a $9,000 Birkin bag.

Surprise! Cardi B and Offset continued to celebrate their daughter Kulture‘s birthday days after it actually happened on Friday, July 10. The “Bad and Boujee” rapper was all excited during a super cute Instagram video he posted on Wednesday, July 15, of him getting his little one the luxurious item. Kulture was dressed up in the most adorable pink outfit during the clip while her doting father presented her with the gift. “Wow its pretty!” he exclaimed as she happily grabbed the big orange box it came in while Cardi filmed.

Late is better then never I Birkin my baby

Kulture wasn’t exactly jumping off the walls when she got the actual bag and fans took notice of that in the comments section. “She don’t want that she want a f**ing barbie,” one joked while another chimed in with something similar. “That baby don’t want no damn purse she want TOYS LET KIDS BE KIDS.”

This prompted Cardi, who is known for her social media rants about a lot of topics, to defend Offset’s decision to buy her the bag in a series of Instagram stories. “Yea, kids only care about toys and candy. But the thing is, kids also go outside. Kids go to restaurants, kids go to fancy places. Celebrity kids, they go do red carpets.”

She continued, “And if I’m fly, and daddy’s fly, then so is the kid. If I’m wearing Cha-nay-nay, my kid’s having the same thing. It’s not up to what the kids like. If it was the kids, they’d be outside in diapers. No, cause if I was looking like a bad b***h, expensive b***h, and I had my kid looking like a bum bum, then y’all would be talking s***. So, I’m not mad that daddy bought baby a Birkin. She gonna match mommy.”

Cardi and Offset also made sure that Kulture had a memorable 2nd birthday party last week where the Grammy winning rapper may have stolen some of the spotlight from her in a chic plaid outfit that was reminiscent of what Alicia Silverstone wore in the hit 1995 film Clueless.