Tory Lanez, 27, was booked on a felony gun charge after a house party in the Hollywood Hills on July 12, a police report obtained by HollywoodLife confirms, and if he’s convicted, he’s facing some serious time behind bars. “If convicted of this felony, [Tory] Lanez could face a minimum of 16 months to a maximum of 3 years in jail, along with a $10,000 max fine,” attorney Sharen H. Ghatan, Esq., the founder of California Legal Counsel told HollywoodLife in an EXCLUSIVE interview.

The Canadian born rapper was charged with carrying a concealed weapon in a vehicle, which is a felony, according to the police report. He was later released on a $35K bail. Megan Thee Stallion, 25, was also with Tory at the time, according to TMZ, and she was later taken to a hospital to be treated after she injured her foot on some broken glass that evening. 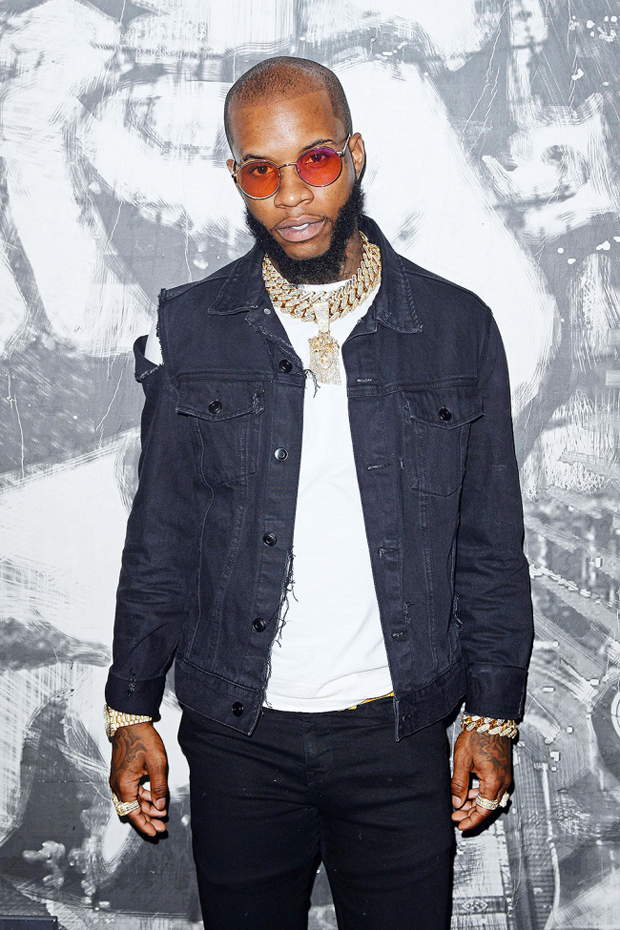 Tory’s legal issue began when authorities were called to house party in Hollywood around 4:30 a.m., to investigate an alleged argument involving the rapper outside the party. According to TMZ witnesses claimed that shots were fired in the air before an SUV in the same area sped off. TMZ claims the police received a description of the SUV and when they located it they found both Tory and Megan inside, as well as another unidentified woman and a gun.

The Quarantine Radio host  is due to be arraigned on October 13th and Ghatan tells HollywoodLife that his defense options will be limited. “There are only few defenses and of those few, only a couple will be deemed plausible. Since it was [Tory] Lanez’ own car, it’s unlikely any credibility will be given to the, ‘I didn’t know there was a gun in my car’ defense. If the gun was locked in Lanez trunk or in a lock-box of some sort in the car – that would better his situation. If Lanez is able to show that he has a legal license to carry, that will make a difference as well.”

Unfortunately for Tory, although the DA actually have charged him with what’s classified as a misdemeanor, they chose to file it as a felony charge instead. Ghatan tells HollywoodLife that there are a number of possible reasons for the DA’s decision. “This case is a ‘wobbler,’ which means that the rapper could have been charged with a misdemeanor, but the DA’s office generally proceeds with a felony filing due to any of the following: The defendant is convicted of a felony or any other California firearm offense; The firearm is stolen, and the defendant may have known, or had reasonable cause to believe, that it was stolen; The defendant may be an active participant in a criminal street gang; The defendant was not in lawful possession of the firearm; The defendant was prohibited from owning or possessing a firearm.”