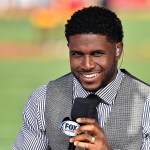 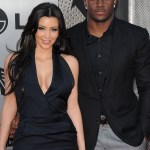 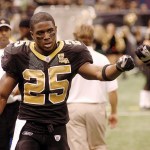 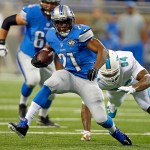 Six years after tying the knot with Lilit Avagyan, Reggie Bush took a moment to celebrate their anniversary with a sweet and touching tribute to the ‘love’ of his life.

Traditionally, the sixth anniversary is celebrated with iron to represent the marriage’s strength, and Reggie Bush proved that he and Lilit Avagyan were going strong six years after they became husband and wife. “Happy Anniversary mi amor,” Reggie, 35, captioned his July 12 Instagram post, along with a string of heart emojis. In the picture, the former NFL running back got cozy with his wife, and she puckered her lips to seemingly blow a kiss at the camera. On Lilit’s IG page, the 32-year-old dancer also celebrated six happy years with Reggie. “I love you husband,” she captioned a pair of poolside pics. “Happy anniversary kyanks.”

While some couples have felt the strain of quarantine life, it appears that Reggie and Lilit have avoided the social-isolation blues. The couple has been filling their Instagram accounts with pictures of them working out, playing golf, and cuddling close. In one shot, posted on May 6, Reggie is captured going in for a kiss on his wife’s neck. “Pray for your spouse,” she captioned the sexy shot.

Reggie – who dated Kim Kardashian, 39, on-and-off from 2007 to 2010 – and Lilit have made quite a life for themselves. The couple has three children together – daughter Brises, 7, and sons Uriah, 5, and Agyemang, 2 – and Reggie said that since retiring from the NFL in 2017, he’s been able to really dedicate himself to being the World’s Greatest Dad.

“I’ve been able to enjoy more time with our family and just being able to do things that I normally wouldn’t be able to be here for,” he told PEOPLE in May. “For 20-plus years, most of my time was devoted to a single sport. Now I get an opportunity to be home, and to find a new passion and keep my focus on… my family.” In fact, a day after his anniversary, Reggie celebrated Uriah’s birthday, and the little man showed off his own muscles with a fierce pose.

Though it’s been a decade since Reggie and Kim were an item, the shadow of his famous ex hangs over their relationship with many comparing Lilit to Kim. Jennifer Lawrence brought it up to Kim during an episode of The Tonight Show in 2017, and many have pointed out how both women have Armenian heritage. Reggie said in 2018 that he’s moved on and “doesn’t keep in touch” with Kim, but he complimented his ex by saying he’s “happy for [her family]” and that Kim is “very smart.”