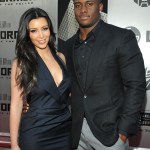 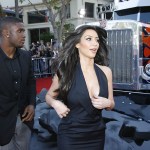 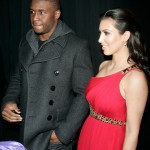 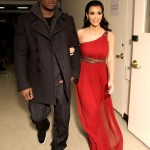 There’s no bad blood here! Kim Kardashian’s ex Reggie Bush has nothing but kind words for his former flame in a new interview!

While Reggie Bush, 33, and Kim Kardashian, 37, may not talk much, he wishes her nothing but the best, now that the two have both moved on with their lives. “We don’t keep in touch,” he told Us in a new interview. “She’s doing a great job creating a brand for herself, her and her family. I’m happy for ‘em … She’s very smart,” he complimented. The pair dated on and off for years, officially splitting in 2010, but reconnecting briefly following her break-up with Kris Humphries. However, Kim then moved on to Kanye West, and Reggie found love with now-wife Lilit Avagyan, who he married in 2014.

“I’m always buying her stuff. Especially when I go on trips, work trips,” Reggie told the outlet of pampering his wife! “I like surprising her with new things, just little stuff, it’s not anything major. It could be a pair of shoes or some glasses or a shirt I saw. Stuff like that.” The couple has three adorable kids: one daughter Briseis, 5, and sons Uriah, 3, and Agyemang, 11-months. Reggie admitted he’s loving being a father of three, but he isn’t ruling out a fourth! “We had this discussion the other night, we thought about it, talked about it,” he said. “I’m not sure if it’s gonna happen. Probably won’t. But, I wouldn’t mind one more. We have three!”

Reggie, who retired from the NFL in 2017, appears to be an incredibly involved father — posting pictures of his brood on his Instagram, going to their major events, and spoiling them with gifts! “I think that’s the most important, right?” he asked in the new interview. “Providing them the best environment possible for your kids so that when they grow up, they never look back and say, ‘I wish I had this’ or ‘I wish I had that.” Aw!