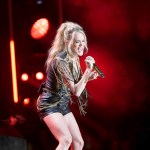 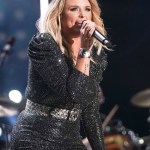 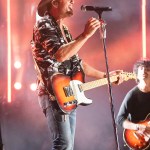 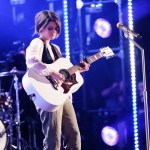 Due to COVID-19, CMA Fest couldn’t happen as planned in 2020 — so the organization is taking a trip down memory lane by airing the most buzzed-about performances from years’ past!

The 2020 CMA Music Festival had to be cancelled due to the coronavirus pandemic. However, country music fans will still get their fix with the CMA Best of Fest special, which is airing on ABC on July 13 from 8:00-11:00 p.m. The TV special will feature old CMA Fest performances from artists like Carrie Underwood, Miranda Lambert, Luke Bryan and more.

Not only will viewers get to see Luke’s legendary 2012 CMA Fest performance of “Country Girl (Shake It For Me)”, but the American Idol judge will also be hosting the event. Plus, he’s teaming up with Darius Rucker for the only new performance of the night. The guys will be singing “Small Town.”

Meanwhile, Carrie will also pop up twice in the special. We’ll take a trip down memory lane to 2010, when she sang her smash hit “Last Name.” Plus, we’ll also see her 2019 collaboration with Joan Jett — the ladies performed a medley of songs together and it was absolutely EPIC. For Miranda, we’re heading back to 2007, when she sang her first hit, “Kerosene,” on the CMA Fest stage.

Some of the other collaborations we’ll see during Best Of Fest include Brooks & Dunn and Brothers Osborne teaming up for “Hard Workin’ Man” (2019), Eric Church and Lzzy Hale for “That’s Damn Rock & Roll” (2014), and Lil Nas X, Billy Ray Cyrus and Keith Urban singing “Old Town Road” (2019). Kenny Chesney will also be featured with his 2009 performance of “Summertime,” while Garth Brook’s epic medley from 2017 will be shown, as well.

The CMA Music Festival was meant to take place in June, and air later in the summer on ABC. Unfortunately, the coronavirus did not allow for large gatherings and concerts to take place this summer, so the event had to be cancelled. Country artists were also forced to postpone their summer 2020 tours, and many of them have already rescheduled for 2021. CMA Best Of Fest airs on ABC on July 13 at 8:00 p.m.