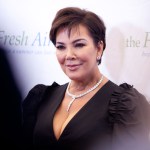 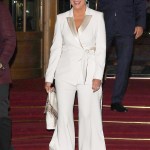 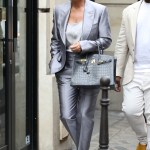 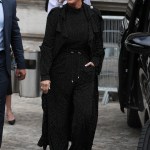 Kris Jenner has never looked better! The mom-of-six raided her daughter Kim’s wardrobe without her knowledge and stole a blue and orange Burberry jumpsuit.

Kim Kardashian got a major surprise when she showed up to lunch with her mom Kris Jenner and discovered the 64-year-old wearing her new Burberry jumpsuit! The SKIMS founder took to Instagram on July 11 to show off her gifts from the brand’s chief creative officer Riccardo Tisci, and revealed that her mother had raided her wardrobe behind her back. “So I had this in my closet as a gift from Ricardo to me, and it was missing and I was so embarrassed I almost called Ricardo … I didn’t know what to say,” Kim said in the Instagram Story.

“And then she shows up to lunch looking like this,” she said the clip, which showed Kris wearing the blue and orange jumpsuit featuring a monogrammed letter ‘B’. The KarJenner family matriarch looked incredible in the skintight bodysuit which she paired with black sunglasses, pearl earrings, and her dark hair styled in a fresh blowout. Kim also revealed that the designer had sent her swimwear featuring the same monogrammed pattern, which she showed off on her story.

It comes one day after Kim was spotted filming Keeping Up with the Kardashians, and didn’t appear to be in high spirits as she was photographed talking with her close friend Malika Haqq at a beach house in Malibu. On that very same day, Kanye made headlines — and became the topic of very many angry tweets — after his anti-Planned Parenthood and anti-vaccine interview with Forbes, in addition to his anti-abortion tweet, all hit the Internet.

The Yeezy founder’s controversial views were front and center in the new Forbes profile — and he certainly made his political opinions known. “It’s so many of our children that are being vaccinated and paralyzed. So, when they say the way we’re going to fix COVID is with a vaccine, I’m extremely cautious. That’s the mark of the beast,” Kanye said. “They want to put chips inside of us, they want to do all kinds of things, to make it where we can’t cross the gates of heaven. I’m sorry when I say they, the humans that have the Devil inside them. And the sad thing is that the saddest thing is that we all won’t make it to heaven, that there’ll be some of us that do not make it. Next question.” Kim, who shares her four children North West, 7, Saint West, 4, Chicago West, 2, and Psalm West, 1, with Kanye, has previously voiced her support for both Planned Parenthood and vaccines.

Kanye did even more damage by taking to Twitter afterwards and sharing a screenshot of his Google search, which read, “what does a 6 month fetus look like.” The screenshot displayed illustrations of fetuses inside the womb, and Kanye wrote, “These souls deserve to live.” He soon deleted the tweet amid a firestorm of angry responses.