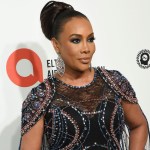 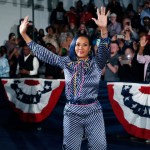 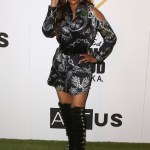 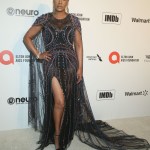 17 years after they dated, 50 Cent and Vivica A. Fox got in a spat over his love of ‘exotic’ women. Despite their differences, she doesn’t want to feud with her ex.

Curtis “50 Cent” Jackson , 45, is the king of internet trolling, and he managed to get into it with his ex Vivica A. Fox, 55, by claiming she’s “still in love with him.” Vivica called Fif a “f**k boy” who “couldn’t handle a Black woman” after he said how they get angry that he dates “exotic” women. 50 then claimed her comments were a sign that 17 years after they dated, she was still “in love” with him. “Vivica is not in love with 50 Cent, but she’ll always have love for 50 Cent. Which is why his statements hit a nerve,” a friend of Vivica’s tells HollywoodLife.com EXCLUSIVELY.

“She actually thinks highly of him, so it’s disappointing to hear him say foolish things. Things are heated now, but they have a history of feuding and always forgive each other,” the insider continues. After the Independence Day star’s comments about Fif, he took to Instagram and claimed, “Vivica still in love with me, i dated her for 4 months 17 years ago and she’s still angry with me. I’m starting to feel like my (eggplant emoji) is serious. LOL,” in the caption for the video of her ‘”f-boy” claims.

“Vivica is a very rational and down to earth woman who knows how to handle herself and Curtis was the love of her life. She loved being with him and she knows the difference between 50 and Curtis. She’s seen both,” a second source tells us EXCLUSIVELY.

“She will not let it go any further. She doesn’t want to hurt his feelings. She knew he would respond, so she isn’t surprised about that. She was just put back a little bit on how he clapped back the way he did, because she doesn’t want him back or anything like that. She’ll let him have this moment. It’s not much of a bother as it looks for her all things considered,” the insider adds.

The whole back and forth started when Curtis told pal Lil Wayne on his Young Money Radio podcast on July 3 that, “They get mad. They get angry,” about Black women’s reactions to the types of women he dates. “You see a lot of sisters go ‘you f**k with this kind of girl and that kind of girl?’ That shit is exotic! That sh*t look a lot different than the sh*t you see in the neighborhood all of the time. That shit look like it came off a boat.”

Vivica then turned around on the July 7 episode of Fox Soul’s Cocktails With Queens, to call out his comments. “He just has such f**kboy tendencies. When I read that I was like, ‘Really? You would say that. You don’t want anybody to challenge you,’” the actress said, adding, “You want somebody to sit over and be a pretty little dog and that you can just pay.” That’s when 50 called her out for still being in love with him, 17 years after their brief romance.