Jada Pinkett-Smith and Will Smith‘s marriage is under a microscope after singer August Alsina alleged that he once had a relationship with Jada — during her marriage to Will. After the 27-year-old artist’s bold claim, fans began digging up past videos of Jada and Will speaking about their marriage, something the candid couple is known for. The sleuthing led to a video from a 2018 episode of Jada’s award-winning talk show Red Table Talk, in which Jada explained what works for their marriage.

❤️What works for Will and Jada might not work for YOU, but their commitment to each other and their truth is an inspiration for all ❤️

“What’s most important to me is our family… I knew that divorce wasn’t necessary. Why do that? Why create all that disruption,” Jada said during the October 29, 2018 episode that discussed how Jada and Will came back from a breaking point in their marriage. Will was a guest at the Table during the episode titled, “Our Unique Union.”

Jada continued, “I told Will from the gate. I said, ‘Lemme tell you something. If you marry me, know this: we’re going to be together, we’re gonna be under the same roof, you might be on one end of that joker with somebody else, and I might be on this joker with somebody else, but we gonna be in this joker together. That’s what we are gonna do,'” she explained as Will laughed and said, “Yeah!” Meanwhile, Jada’s mother, who also found her daughter’s words to be funny, added, “I always said that was ridiculous!”

HollywoodLife reached out to Pinkett Smith’s rep for comment. Though, her reps did tell Page Six that Alsina’s claims are “absolutely not true.” 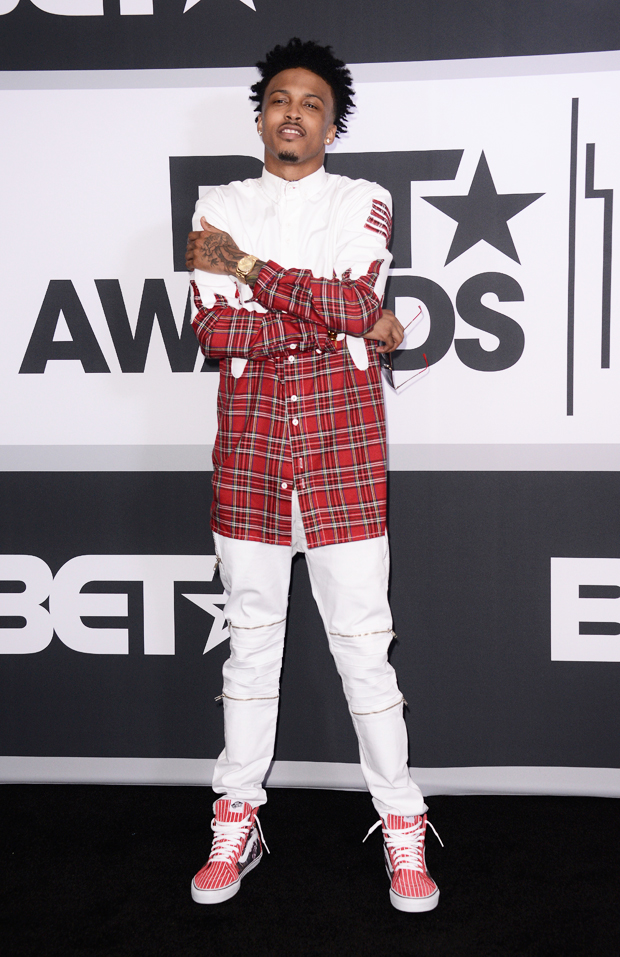 Related: Jada Pinkett Smith & Tupac: Everything to Know About Their Close Relationship

Alsina recently opened up about his past alleged relationship with Jada. While speaking with radio personality Angela Yee, discussing his new album The Product III: stateofEMERGEncy, the singer claimed he was romantically linked to the actress, and that her husband Will allegedly gave him his blessing.

Alsina went on to explain that he’s lost “money, friendships [and] relationships” over the relationship rumors with Jada. He said he believes “it’s because people don’t necessarily know the truth, but I never have done anything wrong.”

“I actually sat down with Will and had a conversation,” Alsina claimed. “Due to the transformation from their marriage to [a] life partnership that they spoken on several times, and not involving romanticism, he gave me his blessing.”

Alsina continued, expressing that he fell in love with Jada. “I totally gave myself to that relationship for years of my life. I truly and really, really deeply loved, and have a ton of love for her. I devoted myself to it, I gave my full self to it. So much so to the point that I can die right now and be OK with knowing that I truly gave myself to somebody,” he said, explaining, “I really loved the person that I experienced that [with] and know what [that feels] like — if some people never get that in this lifetime.”

He added of the Smith family, “I love these people. I really, genuinely do.” Alsina claimed he’s “never been in love in that kind of a way.” — “So much so that being intertwined in that way — walking away from it butchered me,” he recalled. “I’m shakin’ right now because it almost killed me. Not almost. It did — it pushed me into being another person, my newer self. It. Broke. Me. Down.” 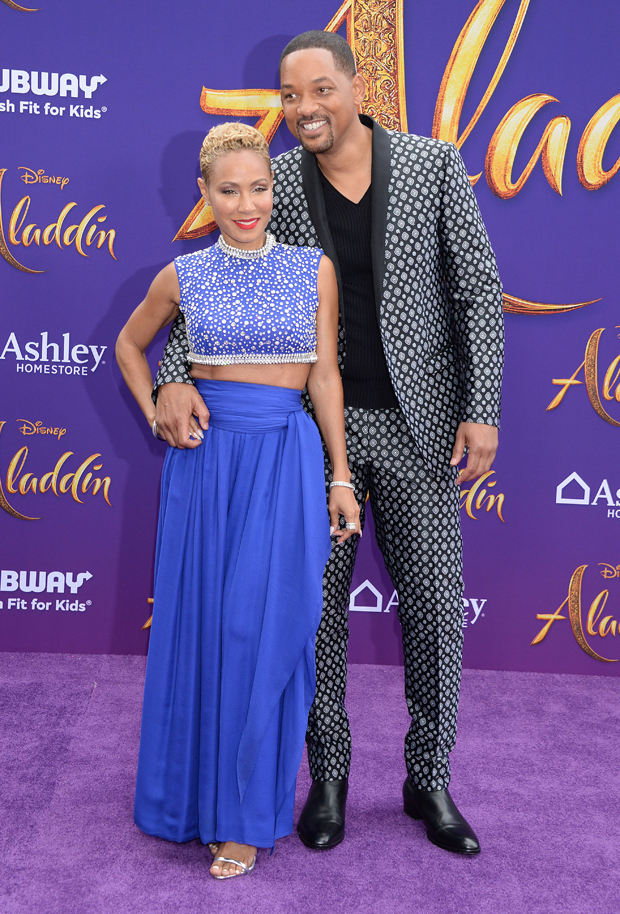 Jada Pinkett-Smith & Will Smith at the LA premiere of  ‘Aladdin’ on on May 21, 2019. (Photo credit: REX/Shutterstock)

Alsina noted that “contrary to what people may believe, I am not a troublemaker. I don’t like drama. Drama actually makes me nauseous.”

Romance rumors between the pair have swirled for some time — merely based on assumptions and theories. Some fans believe his 2019 song, “Nunya,” was inspired by Jada. However, Alsina denied the latter to Yee during the conversation.

Alsina was introduced to Jada in 2015 by her son, Jaden Smith, Page Six reported. The singer claimed he became close with the actress, having vacationed with the famous family in Hawaii in 2016.