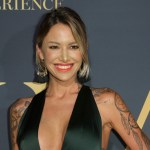 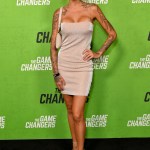 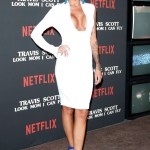 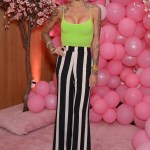 Brian Austin Green was accompanied by Maxim model Tina Louise for a food run on June 30! They were full of laughs after a paparazzo caught up with them.

Brian Austin Green isn’t sitting around alone in the wake of his ended marriage with Megan Fox. The Beverly Hills, 90210 star was filmed with Australian model Tina Louise, 39, as the pair walked around the iconic Melrose area in Los Angeles on June 30! A TMZ paparazzo caught the duo trying to pick up food at Sugar Taco — a vegan restaurant that Tina owns — to no avail. The closed restaurant didn’t dim the smiles on their faces, though.

“How’s the single life treating ya?,” the cameraman asked Brian, which only earned amused smiles from both Brian and Tina. Later, the paparazzo cryptically asked “how’s the whole thing been for ya,” a question that Brian laughed at. “You know i’m not going to talk about it,” Brian said, but with a smile.

Besides being a restaurant owner, Tina is a popular model with 2.4 million Instagram followers and has posed for publications like Maxim and FHM. Tina hasn’t been the only lady whom Brian has gone on a lunch date with after his split with Megan, which he confirmed in his podcast on May 18. He was also spotted with singer and PETA spokesperson Courtney Stodden at Mejico Grill in Agoura Hills, CA on June 15!

Despite the outing, “Brian and Courtney are just friends, nothing more,” a source close to Courtney EXCLUSIVELY told HollywoodLife. “They both got out of long-term relationships around the same time, so they’re able to see eye to eye on a lot of the same things in terms of what they’re going through. There were no flirtations going on and it doesn’t seem that either one of them are in that mindset right at the moment.”

However, the status of Brian’s relationship with Tina remains unclear! Meanwhile, it’s very much clear that Megan and her new lover, co-star Machine Gun Kelly, are in the middle of a new romance. They were most recently seen holding hands outside of Nobu in Los Angeles on June 25. Before Megan and Brian ate their meals with others, they had been married since 2010. They share three kids: sons Noah Shannon, 7, Bodhi Ransom, 6, and Journey River, 3.