Rumors have been swirling for weeks now about whether or not NeNe Leakes, 52, will return for Season 13 of The Real Housewives Of Atlanta. Filming starts back up in July, but she wants to focus on new projects, so she still hasn’t made a decision about returning to the series. And because of that, rumors started surfacing about NeNe getting fired from the show. But that’s not the cast — and now we know why she’s been taking so long with making a final decision. On Monday June 29, E! announced NeNe will be co-hosting a brand new show with pal and former co-host of Fashion Police, Brad Goreski!

The show, which is loosely titled Glamsquad Showdown, will be a comedic beauty competition series that celebrates the best celebrity “glam squads” in the business, according to a press release issued by the network. Each week, two celebrity friends or co-stars’ elite teams of hair stylists, makeup artists and wardrobe consultants will take center stage to compete and showcase their amazing skills in front of an energetic and interactive live-studio audience. The two glam squads pull makeover subjects out of the audience as they go head-to-head in two raucous makeover challenges in hopes of earning ultimate beauty bragging rights and prize money for charity. 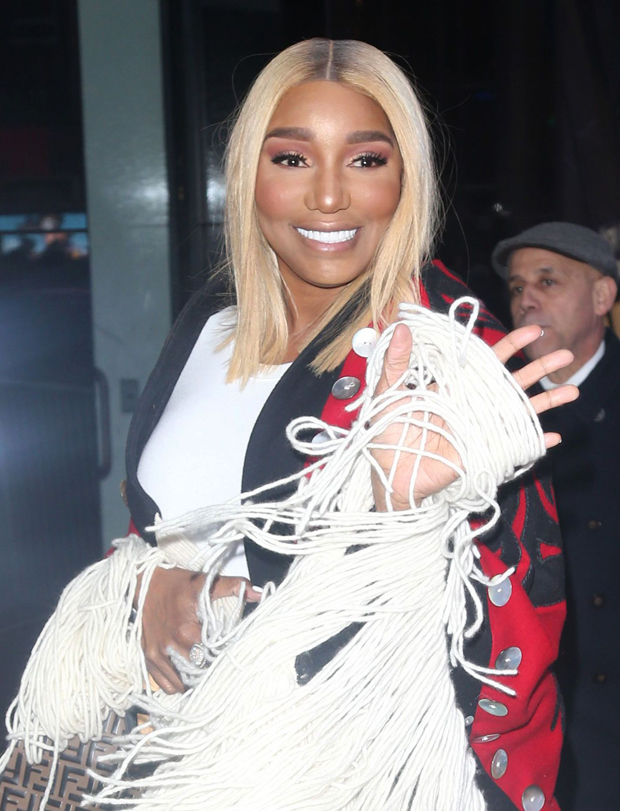 NeNe’s manager Steven Grossman was quick to shoot down the rumors of her firing, telling HollywoodLife in a statement that the rumors were “absolutely not true.” So now that NeNe’s new show has been ironed out, what does that mean for this peach holding OG? “Nene is definitely leaning towards finding ways she can do both her new E! show and RHOA,” a source close to production shares EXCLUSIVELY.

But NeNe, being the strong woman she is, tried her best not to let the chatter get to her as she focused on figuring out her next career move. Though she hasn’t publicly called anyone out, NeNe thinks one of her cast members may have had something to do with it. “Nene was discouraged when she heard that the rumors about her being fired were planted by someone from the show,” the source continued. “She’s sick of feeling sabotaged and manipulated to lose her cool since they know which buttons to push behind the scenes.”

It was hard for NeNe to sit back and not divulge too much info on what was happening behind the scenes. After all, she’s got a lot to think about before deciding to sign on for next season as many fans continue to stand by her. “She appreciated the support, and she’s definitely taking it into consideration as she continues discussions for next season,” the source said. “She didn’t take the bait, and they underestimated her relationship with Bravo when the network went to bat for her and publicly shot down the claims.”