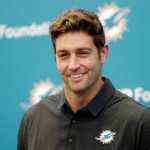 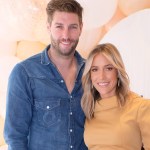 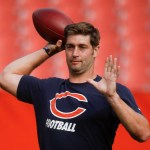 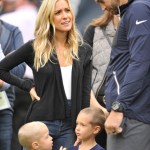 Americans are truly starved for new entertainment, as Jay Cutler’s Instagram video hunt for what creature has been poaching his backyard chickens has viewers glued to his poultry drama.

With next to no new viewing options on TV, most theater chains still closed and professional sports at a standstill due to COVID-19, Jay Cutler’s chicken thieving drama has become a must-watch video for everyone in quarantine. The former Chicago Bears quarterback began sharing his disappearing hen dilemma via his Instagram stories on June 24, and before long he — and his egg-producers — were the top trending topic on Twitter. Jay explained that something had been making off with his backyard chickens, and he was going to rig cameras to solve the mystery of why they were disappearing.

Jay Cutler is now using his Instagram Stories, and this has the makings of an epic true crime series…🐔

PART 2: The curious case of the chicken serial killer‼️

“We’ve got a chicken serial killer on the loose. We’ve lost quite a few. Tonight we’re going to set up a little trail camera…see if it’s a coyote, bobcat. I don’t know, raccoon? Not sure,” the retired NFL star explained in a slow drawl, showing off some of his chickens inside of his fenced-in backyard at his home outside of Nashville. It’s the $4.2 million hobby farm in Franklin, TN that he and estranged wife Kristin Cavallari bought in 2018, and where he has remained since the pair’s Apr. 2020 divorce filing.

“These ladies are a little edgy right now, so we’ve got to figure this out,” the 37-year-old explained, concerned for his chickens’ emotional well being. “There’s one possibility. It could be an inside job. Thelma over there…she looks nice and sweet but is a savage with loose morals,” the former Very Cavallari star continued, showing his pet cat wandering around near the chickens.

“Thelma, hey kitty cat. Hope you don’t show up on camera tonight,” he called out to his pet, who gave a loud “meow” in return. In a new video, Jay showed off the new chickens he had delivered to replace the ones that the mystery critter made off with. “So we’re gonna stay up. Get the cam going. Probably sit up in the treehouse over there. See what happens. See what comes through. So I’ll let you know what happens. Should be an exciting night,” Jay continued with a deadpan tone, showing off a really sweet treehouse at the far corner of his backyard via his phone’s camera.

But then unexpected drama happened…in the form of rain putting a possible temporary hold on him solving his disappearing chickens mystery. “Well I know everyone’s pretty invested here. We’ve got a rainstorm moving in. Not really sure what that’s going to do for tonight’s activities…we’ll see what happens with the weather. Hope it clears out and we can go back to protecting our hens. Stay tuned, more to come obviously,” Jay promised, as he panned around from himself on his front porch to rain pouring down on the home’s front walkway.

With Jay’s IG stories getting posted to Twitter by several Chicago Bears fan pages, a far greater audience than his Instagram followers got emotionally involved in Jay’s chicken thief search. User @BW_Johnson tweeted, “I’m a little too invested in finding out who is killing Jay Cutler’s chickens. #ToCatchASerialChickenKiller.” @Conor_Bananas wrote, “Jay Cutler with social media is even better than him being on @verycavallari. Unfiltered, raw, powerful stuff. That’s #MyQuarterback.”

One person referenced his messy split from Kristin and how people are now more invested in Jay’s life thanks to his chicken dilemma….as well as how its very apropos of this topsy turvy year. @Somobomb18 tweeted, “Who knew Jay Cutler was going to win the break up? 2020 keeps on 2020ing.” So very true! Jay surely has many new IG followers thanks to his ongoing disappearing chickens mystery.