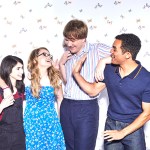 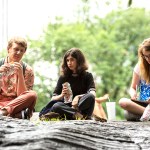 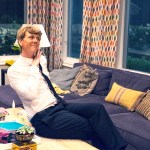 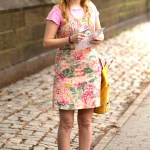 Everything’s Gonna Be Okay premiered in Jan. 2020 and became an instant critical darling. The show follows Nicholas, Matilda, and Genevieve as they come together and grieve the loss of their father. Over the course of the first season, the trio experiences all of life’s ups and downs with laughs aplenty.

Kayla Cromer, 22, was a standout performer as Matilda in the first season. Her terrific performance at the funeral for Matilda’s father set the tone for the series. In an EXCLUSIVE interview with HollywoodLife for our Emmy Contenders series, the neurodiverse actress and activist opened up how the show “inspired” her to come out about being on the autism spectrum, the season 1 scene that sticks out to her the most, and her hopes about the future of Hollywood for any actor with a difference.

What was your first impression of Josh Thomas [the show’s creator and star]? Had you heard of him before this project?
Kayla Cromer: I hadn’t heard of him but did research him before submitting to his casting. My first impression was, “Wow, he conducts auditions differently!” He came across real. He wanted to get to know me. I wasn’t just a number. We spent time chatting, even before I read for the part.

Did you draw on your own experiences as someone on the autism spectrum to help build the character of Matilda?
Kayla Cromer: I believe in finding something within the character that is you in order to create a more organic performance. Yes, I definitely revisited experiences and pulled from them. From the start, I found some similarities to Matilda that resembled me when I was younger. Autism is a very board spectrum, so I also researched by watching documentaries, movies, and read, too, so I could relate to more people.

How do you feel about Matilda’s evolution from the beginning of the season to the end?
Kayla Cromer: For it only being a 30-minute show, the writers penned her experiences very well. One key strength Matilda and I both possess is perseverance. Matilda really pushed through hurt, displayed humor without even knowing it, and showed struggle and growth. She kept it very real and relatable for viewers.

How has Matilda inspired you in real life?
Kayla Cromer: The eulogy scene was part of the audition process. It impacted me a lot! Just like Matilda, I’ve been open about my differences, except in my career. Matilda and the show inspired me to publicly come out about being on the spectrum, which turned into a snowball effect. So many people have reached out to me in a positive way.

Is there a season 1 scene that sticks out to you the most — whether it’s your favorite or the most challenging? The eulogy scene remains one of my favorites.
Kayla Cromer: The eulogy speech is also a favorite of mine. The Peach Schnapps scene that went viral was challenging in a comedy sense. In real life, I choose not to drink and I’ve never been drunk. I watched Youtube videos of people recording someone drunk and studied speech and mannerisms. My glass in the scene was filled with water [laughs].

Matilda loses her dad at the start of the series. What was it like exploring the many facets of grief through the character?
Kayla Cromer: I climbed inside and really wanted to feel her hurt. You can feel emotionally spent revisiting experiences. I lost my Grandma Shirley and tapped into that, which left me sad and happy. It’s like a tug of war with emotions exploring inner challenges in one scene and then pushing forward with healing humor in another.

The show has been renewed for a second season. Is there anything you want to explore with Matilda in future episodes?
Kayla Cromer: Advocating more for herself in school, life, and a job, driving, learning life skills, benefits of working through change, exploring romance options, too. She’s in an experimental phase. Watching her evolve will be fun and amazing.

Do you think we’ll see Matilda go back to New York to try again?
Kayla Cromer: With COVID-19, they’ll be lots of changes in production. But, hey, sets can be made! I want Matilda to realize she faced her fears head-on, to get back on track and look at it as a life lesson. It has the potential to empower people to be resilient with their goals and not give up!

Since the show premiered, have you heard from other actors and actresses on the autism spectrum? If so, what’s that experience been like?
Kayla Cromer: I mainly receive messages and fan mail from the autism community, more than actors with differences. But it’s always the same: “Thank you for representing us,” and “finally seeing myself on the small screen!” Sometimes it’s quite heartbreaking, having some pour their story into a DM. To have girls say “I look up to you” warms my heart and inspires me to do more.

What are your hopes for the future regarding actors on the autism spectrum in Hollywood?
Kayla Cromer: Not just actors with autism, but any actor with a difference. To toss stereotypes out the window! I don’t want production to think their budget will go higher with accommodations if we cast this person. Frankly, we work harder than the average person. I strongly believe we should be able to audition for characters without disabilities, too. We made a lot of progress in 2019, and I want that to keep flourishing. Casting needs to reflect the real world. Now more than ever, entertainment audiences are seeking imperfect role models! It’s time to cast them in the big and small screens!