Performers around the world continue to wait for the world to resume as the coronavirus outbreak continues to keep several people out of work and the drag queen community is no different. RuPaul Drag Race star Shangela, 38, also known as Darius Pierce, is doing her best to not let that happen in a time of crisis with her newest project Feed the Queens. “With the pandemic came the shut down of night life and the shut down of night life came the joining of the 40 million plus people in the United States that are out of work,” Shangela told HollywoodLife EXCLUSIVELY on June 17 during an episode of TVTalk on Instagram Live. “Unfortunately, if you’re not there, if you’re not there, you don’t have a place to go perform at and you’re not making those tips. I wanted to do something that specifically helped drag entertainers.”

Shangela, who teamed up with The Actor’s Fund for the project, is making things as stress free as possible for any queen in need. “Anyone who’s a drag performer who’s been put out of work due to this pandemic is able to apply for this program,” Shangela said. “It’s a new initiative called Feed The Queens in which I am pledging to help raise $100,000 in order to assist out of work drag performers with $100 grocery gift cards each. So we’re going to give queens $100 gift cards specifically for groceries. We’re giving them Instacart grocery cards.” 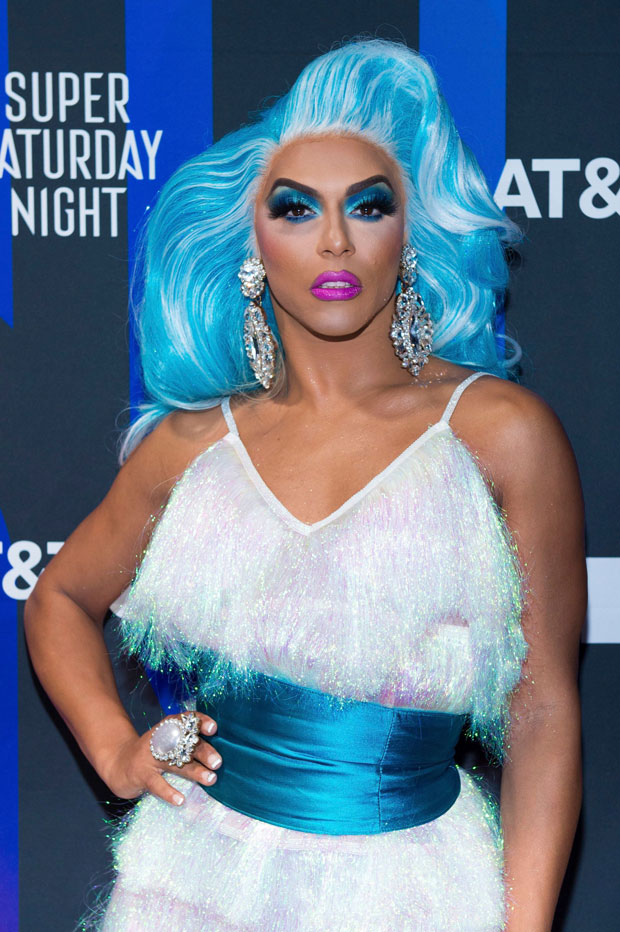 The industry that gave Shangela her platform to share with her 1.6M Instagram followers and counting will look a lot different when this pandemic passes, but she knows they will come together after what has been a tough year for all. “We’re going to be living in a little bit of a new normal and we’re just going to have to take that in, but queens are some of the most resourceful people that I know and I’m one of them, so trust the duchess!” Shangela added. “If there’s a coin to be made, our an entertainment experience to be filled, we’re going to find it and we’re going to do it well so I look forward to seeing what the drag queens are going to do. You might see us all with white gloves taking your dollars. Buckets with a 6 foot pole on it taking your dollars. Whatever it is, we will all get together again when it’s safe and figure out how to have fun.”

Although times are tough right now, Shangela does have something else to look forward to when this passes! HBO’s hit unscripted drag queen series We’re Here has officially been picked up for a second season and she can’t wait to get back to work. “My first passion has always been acting,” Shangela said. “The final episode got cut. We met our drag daughters in South Carolina and then it got snapped because of COVID-19 and HBO wanting to keep us safe and they sent us all back to the house. So we finished the last episode from the house. But you know what’s really cool? More people, so many people, really said that they enjoyed that episode potentially as much as all of the others because they got to know us better and our unique stories and now we get to go back when it’s safe to film season 2 and that’s always more exciting because the second time around is always bigger, badder and more glitter.”

Announcing a new charity initiative that I’m leading to raise $100,000 to fight hunger in the drag community. I’m counting on you guys to join me 😊, my sisters, and The Actors Fund in this effort! Go to FeedTheQueens.com to Donate now. And DRAG PERFORMERS (that’s Kings, Queens and our fab Trans Drag divas … especially my Queens of Color) … go to the site to submit for the program. Love y’all! And thank uuuuu ❤️🌈💋

In the meantime, it’s staying positive that’s keeping this drag queen looking ahead to the future. “For me, I get up,” Shangela said. “I get up and go to work. That keeps me very motivated and happy. Let’s not let this moment think that it’s the end of the world. We’ve got to be safe. We’ve got to think about other people, but we’ve also got to keep investing in ourselves and taking care of ourselves mentally.”