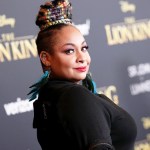 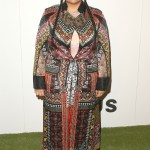 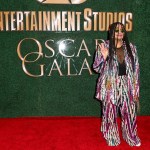 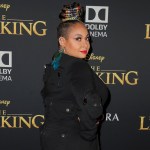 Surprise! Raven-Symoné announced on Instagram that she and her gorgeous girlfriend, Miranda Maday, got married! Congratulations to the new Mrs. Pearman-Maday — both of them!

Congratulations to Raven-Symoné! The Raven’s Home actress, 34, announced on Instagram that she married her girlfriend, Miranda Maday, in an intimate ceremony. Raven broke the joyous news to her fans with an adorable photo (see below) on June 18 showing Miranda, dressed in all white, clutching her tightly at the reception. The two brides had the biggest smiles on their faces!

I got married to a woman who understands me from trigger to joy, from breakfast to midnight snack, from stage to home. I love you Mrs. Pearman-Maday! Let’s tear this world a new asshole!!! I’s married NOW

The Cheetah Girls star captioned the photo, “I got married to a woman who understands me from trigger to joy, from breakfast to midnight snack, from stage to home. I love you Mrs. Pearman-Maday! Let’s tear this world a new a**hole!!! Fans knew that something was up when Raven posted a photo of her hand holding a cocktail at what looked like a backyard bash. She captioned it, “So something happened this week, that has changed my life FOR THE BETTER!”

Miranda posted a ton of photos from the happy day to her Instagram story, as well. One showed herself and Raven posing in what looked to be an event hall — potentially where they tied the knot. Miranda had on the same cute white jumpsuit, accessorized with a short veil. Raven wore a black sweater with a white collar, black pants, and black Chelsea boots. Her hair was done in waist-length, rainbow braids. She also added an adorable photo of Raven kissing her head (while climbing on top of her) in the front seat of a car.

She shared the sweetest boomerang of herself and Raven kissing after making their union official, captioned, “8PM ~ my wife for life.” The couple took all necessary safety precautions for the ceremony and party, as their guests were snapped wearing face masks while celebrating Raven and Miranda’s love. Attendees included Grey’s Anatomy star Debbie Allen, who played Aunt Maureen on Raven’s Home.

The View, where Raven was a co-host from 2015 to 2017, congratulated her on-air with a special message. “Our friend Raven-Symoné just got married. It’s kind of wonderful,” Whoopi Goldberg said. “So, congratulations to you, Raven!” Raven also got a special shoutout from her Cheetah Girls co-star, Adrienne Bailon Houghton, who commented “CONGRATULATIONS” on her announcement.