Iggy Azalea has never looked better after giving birth to a baby boy! The “Savior” rapper, 30, showed off her small frame in a skintight look on Instagram on Monday. She slipped her post-baby body into a pair of curve-hugging black jeans and a silky one-shoulder top of the same color.

Fans were quick to point out Iggy’s amazing figure after baby, and the comments under her post were extremely complimentary. “Hair. Body. Everything goals. Omg,” one fan wrote. “Baddest mommyyyyyy,” another added. More comments about Iggy’s “fire” post-baby body continued.

“Keeping things simple,” Iggy captioned her post, noting that her ensemble was by celebrity-favorite, FashionNova. The new mom donned a pair of cool black sunglasses with rectangular frames. Her bleach blonde locks were tied back in a thick, long ponytail. — A far cry from her fiery red hair that she sported just last week! Iggy switched up her hair soon after her 30th birthday on June 7. 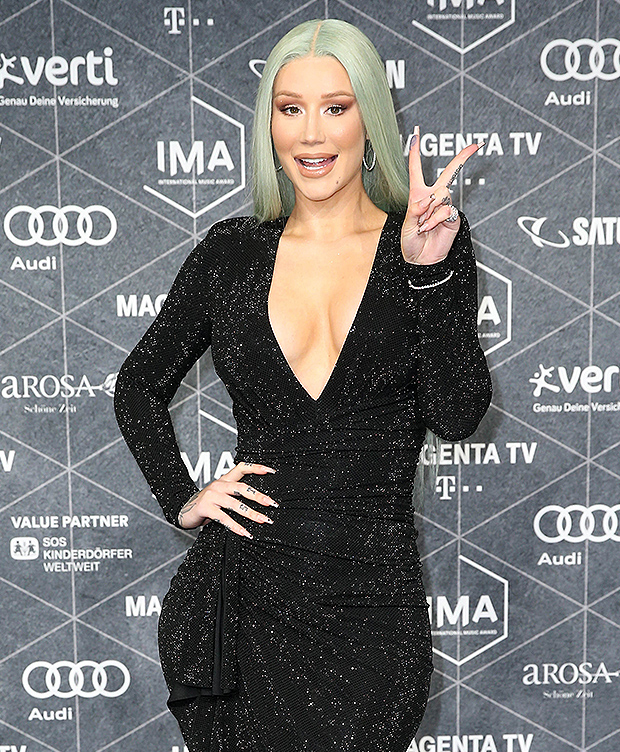 Iggy made headlines last week after she confirmed the birth of her son on Instagram. The news came after heavy speculation that she welcomed a baby with boyfriend, rapper Playboi Carti in secret. Well, it was true!

“I have a son,” Iggy began in a message on her Instagram Story on June 10. “I kept waiting for the right time to say something, but it feels like the more time passes, the more I realize I’m always going to feel anxious to share news that giant with the world.”

She continued, “I want to keep his life private but wanted to make it clear he is not a secret and I love him beyond words.” Iggy concluded with a blue heart emoji. The “Spend It” rapper did not share her son’s name or when he was born.

Iggy, whose real name is Amethyst Kelly and Carti (real name, Jordan Carter) met in 2018 while she was touring overseas. They began dating shortly after, but always remained private about their romance. Carti opened up about his relationship with Iggy in a rare interview in the summer of 2019.

“Once I started talking to her, I just cut off everybody. It was over with,” he said in a cover interview with Fader. “I support everything she does.”