Farrah Abraham and her daughter Sophia are a hit on TikTok! The former MTV star, 29, and her 11-year-old mini me continue to give fans an up close and personal look inside their summer festivities — which, on Sunday included a day of sunbathing, swimming and a lot of laughs.

The video, set to “Stunnin'” by Curtis Waters, opens with Farrah lounging on a chair by the pool in LA. Meanwhile, Sophia’s nearby enjoying the giant pool that’s seen in many of their past TikTok videos. Yes, they have a joint TikTok account and it’s amazing.

In the video, Farrah flaunts her amazing curves in a tiny, pink butterfly bikini. At one point, she seductively lathers herself with sun spray, before running her fingers through her wavy strawberry blonde locks.

At the end of the clip, Farrah says, “I’m so soaked,” after Sophia cozies up to her mom in her wet swimsuit. The pre-teen continues to splash her mom with her long hair as the two can’t stop laughing. “Sophia, I’m not kidding, go away!” Farrah jokes in the clip. 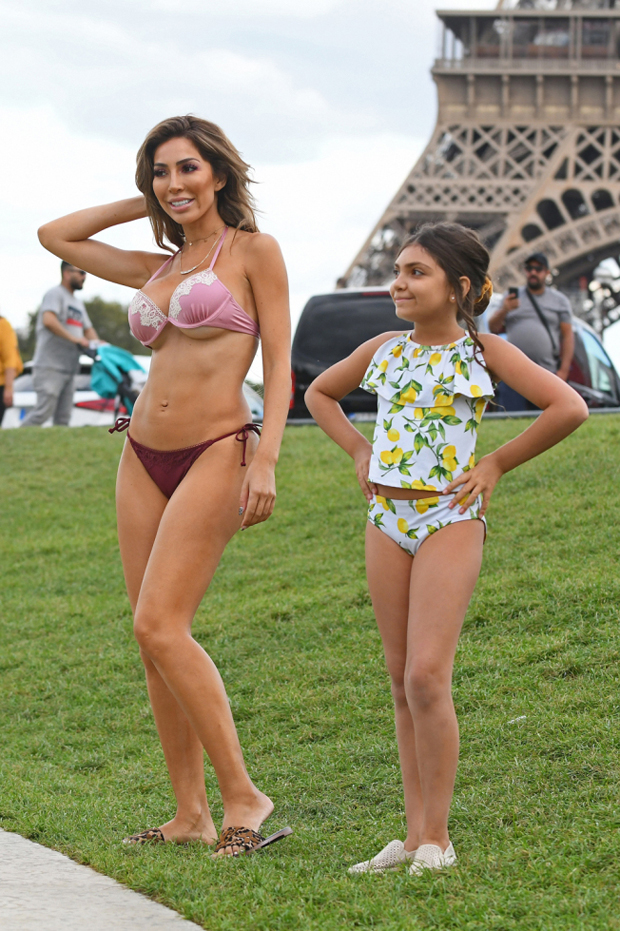 “@sophialabraham can’t handle summer break,” Farrah captioned the Instagram video, which she initially posted to her TikTok account. “Thank god its summer break parents,” she added, along with the hashtags, “#poolside” and “#summerbreak.” Farrah noted that “it feels so good to be outdoors,” in her caption on TikTok.

The reality star and her daughter are no stranger to the spotlight. They’ve garnered a massive following on social media, and Sophia’s Instagram, which is managed by Farrah, is nearing 1 million followers.

Fans know Farrah as one of the star cast members of MTV’s 16 and Pregnant. She joined the show in 2009 and was eventually cast in the spin-off series Teen Mom. Sophia grew up on the hit MTV shows, and the mother-daughter duo appeared in all of Teen Mom‘s four seasons until the show’s conclusion in 2012.