Farrah Abraham and family showed off their bright threads on Easter Sunday, as seen in new photos! The former Teen Mom OG star, 28, held hands with her daughter Sophia, 11, as they took a stroll in LA with their white Pomeranian, Cupcake on April 12. The mother-daughter duo were twinning (a trend for them, lately!) in head-to-toe tie dye looks.

But, it was their pup who turned heads on the city sidewalks. The tiny pooch, who was propped up on Farrah’s hip, was colored pink. Yes, Cupcake’s bright, white fur was colored purple and pink everywhere but its precious face.

Meanwhile, Farrah and Sophia wore their brunette locks down with loose waves. The tie dye-duo also stepped out in colored sneakers and matching protective gear amid the COVID-19 pandemic. They wore matching white masks and blue medical gloves during the Easter outing. 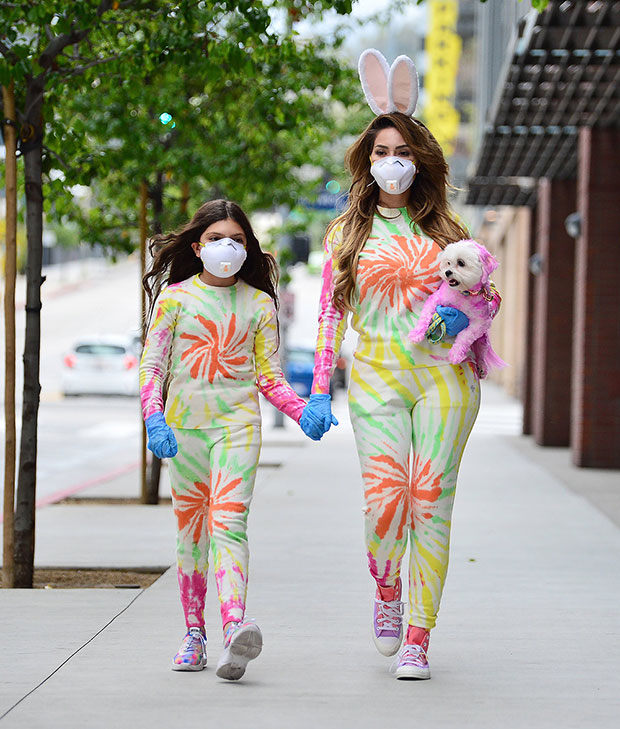 It’s unclear where Farrah and her little family were headed. Nonetheless, they were dressed to impress. 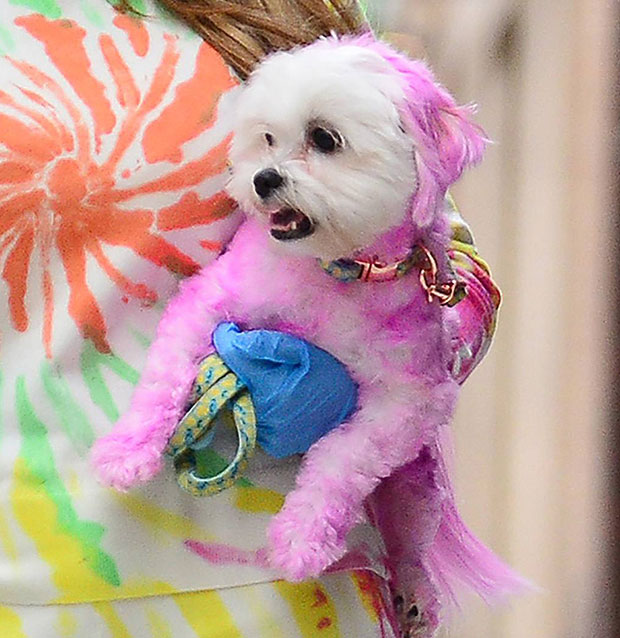 This isn’t the first time Farrah and her daughter have rocked matching outfits. Since March, it seems as though they’ve started to coordinate their outfits more than ever before.

Farrah took inspiration from the new Netflix obsession, Tiger King, for her April 1 look with Sophia. The duo wore identical animal-print outfits and accessories in a video the MTV alum shared on Instagram.

“Feelin some #JoeExotic vibes today,” Farrah captioned the clip, which showed her, along with Sophia modeling animal-print scarves, tops and protective masks.

Sophia’s been amping up her fashion game while also taking a page out her mom’s book. The pre-teen dropped her first single and music video for the track, “Bestie Best Friend” at the end of February.