The Real Housewives of Atlanta will be back to filming soon, but for now, the all Black cast has focused their efforts on the Black Lives Matter movement happening across the world. Friend of the show, Marlo Hampton, 43, thinks this is a good thing that will show positive changes for season 13 when shooting resumes. “I think is gonna look a little different,” Marlo said while discussing her powerful new PSA with HollywoodLife EXCLUSIVELY on June 13. “Because this is a movement — a movement that we didn’t even see coming.”

The international human rights movement — which first gained momentum in 2013 — has spawned protests around the world again following the murder of George Floyd, 46. The unarmed Black male lost his life on May 25 following an altercation with police that involved now-fired and charged officer Derek Chauvin kneeling on his neck for over eight minutes, despite George’s pleas that he couldn’t breath. The killing has sparked peaceful protests and riots across the world in honor of George and several other recent murders in the Black community — including Breonna Taylor and Ahmaud Arbery — by armed officers. 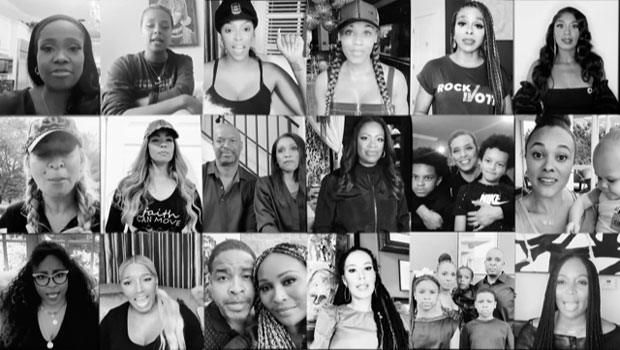 As fans wait and see who’s officially in and who’s out when RHOA picks up production for next season, Marlo is feeling good about seeing change. “I’m positive things will change,” Marlo revealed. “I feel that with us addressing the issues to the executives, having that call, coming together with the changes that they’re already making. And they’re literally making changes, not just donations.”

Although things will be different next season, it’s still a reality show, and Marlo said some things will never change. “You know this is still The Real Housewives Of Atlanta and there’s definitely going to still be some drama!” Marlo promised. “You know unfortunately we’re still going to have some drama. But for the most part, I think that we’re definitely gonna pull it together and do what we have to do for the for the community.”

As racial discrimination and police brutality topics continue to be at an all time high, Marlo is trying to take the problem head. After sending some messages to her Bravo BFFs and co-stars, she put together a moving PSA to raise awareness. “I did a text,” Marlo said. “Hey, Kandi [Burruss], This is Marlo. I want to do a PSA at a time like this. Can you turn your phone horizontal and just do a quick little, hey, Black Lives Matter. Our Lives Matter and we’re all Black and brown and I just sent it to all the girls. I sent it to the ladies on Married To Medicine, on [The Real Housewives of] Potomac. And that’s what you have,” she revealed.