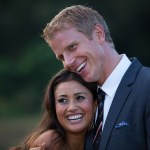 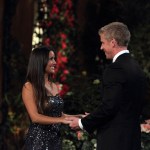 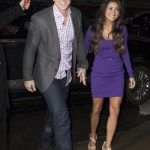 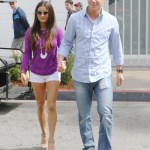 Catherine Giudici reminisced about being on ‘The Bachelor’ and revealed she didn’t think she’d be the winner because she ‘assumed’ what kind of women Sean Lowe liked.

Catherine Giudici, 34, didn’t think she’d have a chance at becoming The Bachelor winner when she appeared on the show’s 17th season and it’s all because she thought she was only chosen to represent people of color. The reality star, who ultimately won her now-husband Sean Lowe‘s affection by the end of the season, shared some photos from the show on Instagram in honor of its rerun special on June 8 and revealed her feelings about being chosen as one of the many ladies who would compete to capture Sean’s heart.

“When I was originally cast, I was very flattered but somewhat grounded by the fact that I would be one of the faces that represented people of color,” she wrote in the caption for the pics. “I knew that one of the reasons I was probably chosen was because I was Filipino. I counted myself out to be his fiancée because of what I assumed Sean liked. I thought I was there just to check a box, but I ended up with so much more.”

The brunette beauty then continued to explain how her fears turned into love with Sean and admitted that the show was “one of the best things to ever happen” to her. “I became present with the process and as he started noticing me for who I really was, I allowed this experience to open myself up to the possibility of being fully loved and appreciated for all that I was,” she wrote. “I ended up getting to represent a mixed race community, I found Christ (I LOVE my testimony!) and marrying the most amazing man I’ve ever known.”

Catherine also went on to encourage her followers to always believe in themselves. “(Don’t count yourself out. You are destined to do bigger things than just check a box.)” she concluded.

Catherine and 36-year-old Sean’s fairytale is still going strong so it’s understandable that she would feel very grateful for her experience even though she initially felt limited by her background. The lovebirds married in 2014 and welcomed three children together, including Samuel Thomas, 3, Isaiah Hendrix, 2, and five-month-old Mia. The proud mom and dad often share sweet family photos on their social media pages, and always seem to have smiles on their faces.

ABC is re-airing Catherine and Sean’s season of The Bachelor in a condensed three-hour episode tonight.