Mama June Shannon is serious about losing another 45 pounds, after she admittedly put some weight back on. The mother-of-four was photographed jogging at Jensen Beach in Florida on Tuesday with her artist pal, Adam Barta. June, 40, also did some stretching and yoga moves in a blue and white tankini swimsuit from Dominique’s Surf Shop, located in Jensen Beach. 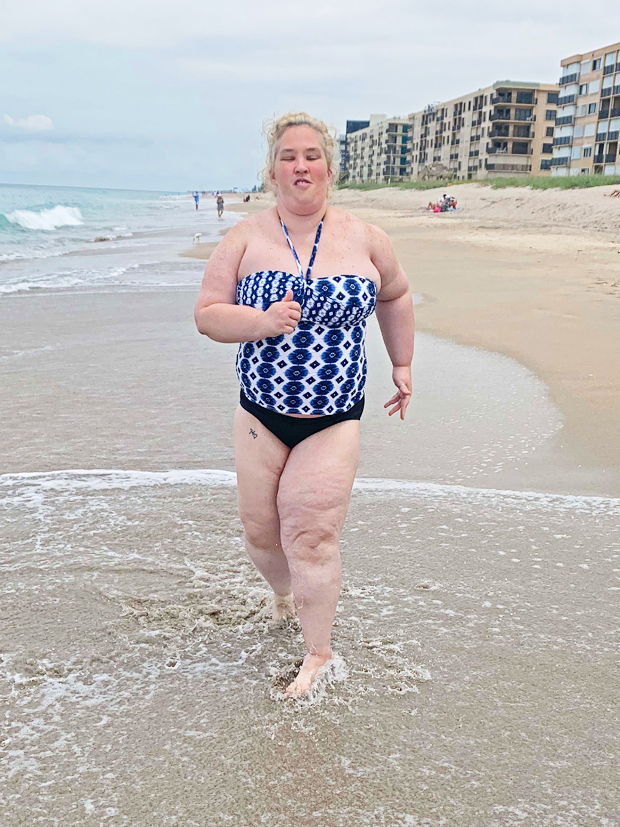 The From Hot to Not star has been amping up her workouts as her weight loss journey continues. June’s oceanside jog came less than two weeks after she was spotted doing yoga on the beach in Florida. — Her go-to source of exercise these days. She was joined by her good friend, Adam for the outdoor workout on May 19. At the time, June took to social media to still encourage social distancing rules, despite being outside. At the end of April, June showed off her figure once again, when she shared a snap of her soaking wet in a red one-piece after a swim. 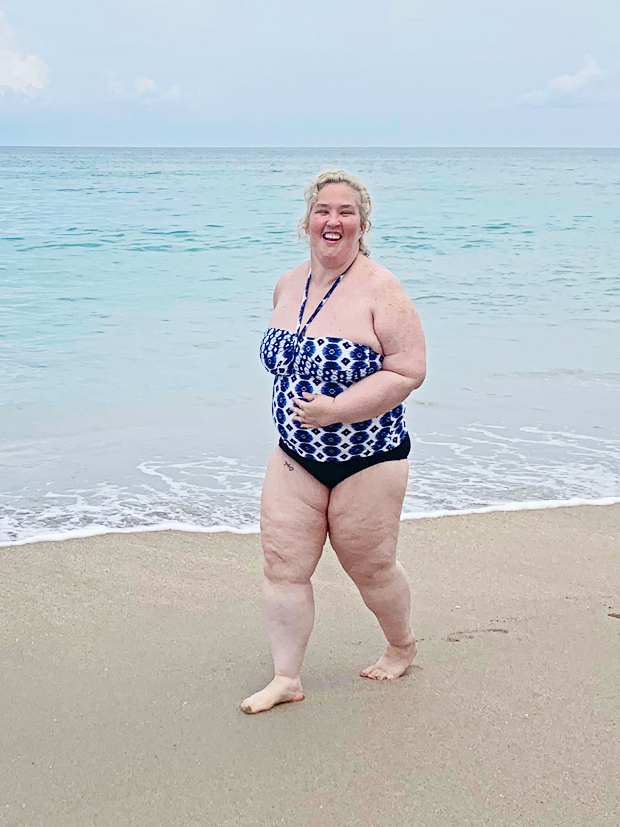 Weight loss is just one part of June’s total body makeover. It was back in 2017 that June dropped a whopping $10,000 on a new set of veneers, and she’s been showing off her pearly whites ever since. June recently revealed that she underwent a dental procedure due to a chip in her veneer, after breaking her tooth on a “fat cake.” Her dental work was done by Dr. Matthew Yantorni in Orlando, Florida.

Related: Mama June’s Kids: See How Honey Boo Boo & All The Sisters Have Grown Over The Years

The reality star has been working on adopting a healthier lifestyle for years, which served as the central theme of Mama June: From Not To Hot (the former name of her show, Family Crisis). June’s daughters, Anna Cardwell, 25, and Jessica Shannon, 23, also debuted veneers and new plastic surgery in February.

June has been focused on turning her life around following past run-ins with the law with her boyfriend, Eugene Edward “Geno” Doak. Mama June: Family Crisis airs Fridays at 9 pm ET on WE tv.