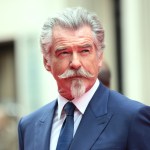 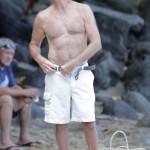 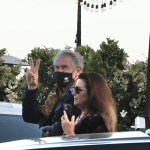 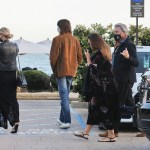 While reflecting on his 67th birthday, Piece Brosnan gave a special shoutout to his wife, Keely, and shared photos of them kissing on the beach to celebrate.

Pierce Brosnan had a lot to be thankful for when he celebrated turning 67 on May 16. Four days after the celebration, he took to Instagram to reflect on the big day, as well as his relationship with wife, Keely Shaye Smith, 56. Pierce shared two photos of himself and Keely on the beach from his birthday, and they look so blissfully in love. In the first pic, the couple is holding up champagne flutes while kissing on the lips. In the second pic, they have their arms wrapped around each other and are smiling for the camera in front of the ocean.

“Thank you for the moon and sun and all the days of our lives together my darling heart Keely,” Pierce captioned the post. “I had a great 67th birthday. Thanks to one and all of you out there who wished me so. God bless, stay strong.” Keely also shared the two photos to her page on Pierce’s actual birthday, and wrote an equally sweet caption. “Happy Happy Birthday to my tender hearted renaissance man,” she gushed. “Wishing you love, joy and many many more trips around the sun.”

Pierce and Keely have been spending time in Hawaii, and were photographed hanging out on the beach together on May 14, as well. In the pic, Pierce was shirtless in his bathing suit, and proved that he’s still buff, even in his late 60s! At one point, he took a break from swimming in the ocean to join Keely on the sand — and they even shared a kiss.

Thank you for the moon and sun and all the days of our lives together my darling heart Keely. I had a great 67th birthday. Thanks to one and all of you out there who wished me so. God bless, stay strong.

Pierce and Keely first met back in 1994, three years after his first wife, Cassandra Harris, passed away at the age of 43 from ovarian cancer. The actor married Keely in 2001, and they had two sons (Dylan and Paris) together. Pierce also had one son, Sean, with Cassandra, and he adopted her two children, Charlotte and Chris, after their father died in 1986.