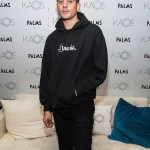 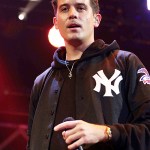 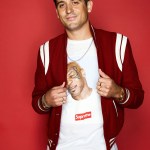 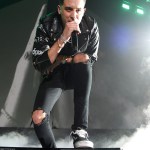 Ashley Benson has just made her first venture into the music industry — with G-Eazy. When it comes to news we weren’t expecting to hear today, this is up there! The duo teamed up to cover Radiohead‘s “Creep” and The Beatles‘ hit “I’m So Tired”. The 30-year-old “Me, Myself & I” hitmaker dropped the tracks on April 22, however it remains unknown whether they were for a specific project, or if they’re simply a bit of quarantine fun!

The pair truly put their own spin on the hit rock song, “Creep” by remixing its classic beat. They took turns singing the verses, which gave the actress, 30, a chance to show off her beautiful soprano voice. The unexpected collaborators then came together to sing to the chorus: “But I’m a creep / I’m a weirdo / What the hell am I doing here? I don’t belong here.”

Fans of Ashley, who didn’t know she had musical pursuits, were quick to comment on how great the former teen actress sounded on the track. “I didn’t know Ash Benson could sing,” one fan wrote, while another added, “Gerald [G-Eazy] is my favorite obviously and Ashley is literally my birthday twin, the baddest, this is one of my favorite songs and I’m gonna cry from excitement. This is so beautiful.”

When she isn’t collaborating with some of the world’s biggest artists, Ashley has been quarantined with her pals Kaia Gerber, CaraDelevingne, and13 Reasons Why star Tommy Dorfman. The four friends are all isolating together, and they’re documenting their California quarantine on Tik Tok. Tommy shared a clip to Instagram on March 18 showing himself and Kaia doing the “hit the back challenge” which featured the duo dancing in their living room. Cara and Ashley could be seen in the background, sitting on a couch and laughing as the pair filmed the TikTok.

Just days earlier, the foursome were spotted stocking up on groceries before heading into isolation. They made a quick trip to Erewhon in West Hollywood on Sunday, March 15 amid the coronavirus panic, for a presumed final attempt at stocking up on necessities to self-quarantine. The stars, who were dressed casually, filled up carts up with brown paper bags of groceries. Ashley and Kaia, who was also spotted holding Clorox wipes, both wore clear gloves and dark sunglasses. Cara was pictured touching her face with her bare hands — something the CDC and government officials have advised to reframe from, as coronavirus is highly contagious.