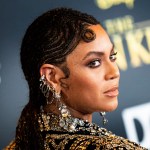 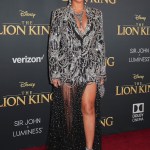 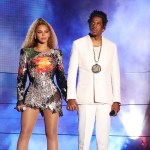 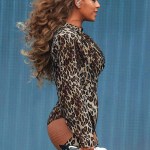 Disney fans got quite a treat with a special surprise during the ‘Disney Singalong Special’ on April 16 — Beyonce showed up for an incredible virtual performance!

Beyonce made a surprise appearance during the Disney Family Singalong special on April 16. Bey wasn’t one of the announced performers for the special, so viewers were shocked to see the singer pop up on their television screens during the broadcast. After becoming a member of the Disney family due to her role in The Lion King, Beyonce sang one of her favorite Disney tunes from a different Disney classic — “When You Wish Upon a Star” from Pinocchio!

Beyonce looked absolutely stunning with her hair in curls and pulled back into a tight half ponytail. Her skin was glowing and she rocked hoop earrings for the performance. She filmed her performance from a close-up angle, so we couldn’t see her full outfit, but it looks like Bey is still keeping up her glam even while quarantined! Other performers during the singalong special included Ariana Grande, Demi Lovato, Darren Criss, Amber Riley and more. They each chose a classic Disney song to perform, as viewers from home sang along.

It was especially exciting to hear from Bey, considering she and JAY-Z have been super quiet throughout the coronavirus quarantine. We haven’t gotten any updates from their quarantine with their kids, Blue, Rumi and Sir, but it’s safe to say that they’re logging a whole lot of family time.

The Disney Family Singalong was the perfect distraction for viewers who needed to get their minds off of everything that’s going on right now. The event was hosted by Ryan Seacrest, and also featured an appearance from Kristin Chenoweth. The show aired on ABC.