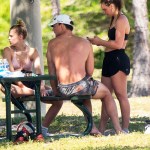 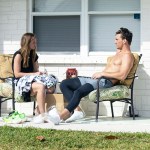 After spending several weeks in Florida reuniting with ex Tyler Cameron — even being part of his ‘quarantine crew’ — Hannah Brown has revealed if she has a ‘significant other.’

Hannah Brown, 25, and Tyler Cameron seemed to reignite the chemistry that they shared on The Bachelorette when she spent time with him and his pals in south Florida in March. It came just before the coronavirus lockdown and afterwards, when Tyler, 27, deemed his group of friends “The Quarantine Crew,” which Hannah was a part of. But she left her first-runner up hunk and his pals behind, and now she’s making it clear she’s single, saying she doesn’t have a “significant other.”

The revelations came during an Apr. 14 Instagram live session as Hannah applied her makeup. She explained, “I left Florida because I needed to be with my family,” in Alabama as soon as the states went into lockdown. Then she began to wax about children, and how she thought that at her current age of 25, she would already be married.

“If you would have asked me a few years ago I would have been like, ‘for sure by 25 I’m married’ and possibly thinking about kids in the next..trying to get pregnant right now probably. A lot of my friends have babies and they’re the best moms, but I couldn’t imagine.  I mean I could be, like if something happened, absolutely I can be. I’m not ready for that just yet. I’m still trying to figure out my life and how it’s changed. And you have to have a significant other for that. And I don’t.” She did admit that she’d love to have a son one day and be a “boy mom,” cheering on her little guy at his baseball and football games. The revelation about Hannah not having a significant other comes in the final slide of the videos below:

Hannah did an impromptu live today, and chatted about everything from her time in Florida with the QC, why she left, babies, where she wants to live, if she would do BIP, and more… Here are a few clips that could pertain to TC…everyone was talking about the last one, but all she says is that she isn’t ready for babies because she doesn’t have a significant other (ie husband or life partner) to have them right now. Everyone chill! Credit: @hannahbrown #tylercameron #tylerc #thebachelor #tannah #hannahbrown #hannahb #rolltide #thebachelorette #bachelornation #quarantine #jupiterflorida #makeupsession #live #quarantineworkout #alabama #alabamahannah #tuscaloosa #thequarantinecrew #missalabama #quarantineandchill

While she’s not ready for babies, she did enjoy being part of Tyler’s quarantine crew, even though she missed having private moments to herself. One fan asked “Did you have fun in the quarantine house?” She answered, “Yeah, it was so fun. That’s a lot of people in one house. But it’s good people. So you have good people, good times.” She called herself the most “extroverted introvert,” and that while she’s chatty as can be, “I like my alone time. I like my space. There’s nothing wrong if I stay in my room all day. Sometimes I need that.” She noted that it was tough to get any quiet time in Tyler’s house full of people, adding, “It was hard in those circumstances, but overall we had a good time.”

Hannah also added that she will NOT be doing Bachelor in Paradise when the show begins taping once the coronavirus pandemic is over. She gave a simple “no” when a fan asked her the question. It’s unclear when the show will begin taping, as the current Bachelorette season with Clare Crawley, 38, stopped filming on Mar. 14 and is on hold indefinitely due to the COVID-19 outbreak.