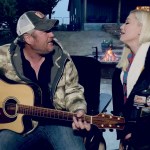 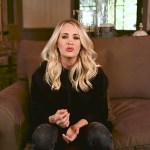 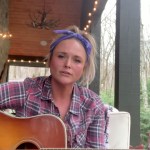 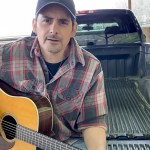 While dressed in a plaid shirt and jeans, Miranda Lambert gave an intimate performance from her front porch on the ‘ACM Presents: Our Country’ special on April 5.

The 2020 ACM Awards had to be rescheduled due to quarantine and social distancing regulations, but the biggest stars in country music still came together (while separated) to put on a show for viewers! Singers, including Miranda Lambert, performed from their homes during the ACM Presents: Our Country special on April 5. For her performance, Miranda was seated on her front porch, with a guitar in hand. She sang her hit song, “Bluebird,” with nature blossoming in the background.

Miranda looked comfortable and casual while at home, wearing a plaid shirt, baseball cap and her hair in braids. The singer has been quarantined at home with her husband, Brendan McLoughlin. She revealed during the ACM: Our Country special that Brendan was actually supposed to film her performance, but he went fishing instead — which she totally approved of. “I figured for a New York City boy, he should probably learn how to fish,” she explained. So, she filmed herself with her iPad for an even more intimate performance.

Miranda has opened up about how difficult this time in quarantine has been for her. “My anxiety about the state of the world right now is still through the roof,” Miranda admitted in an Instagram post on March 27. “We miss our road family, our New York family, and I dang sure miss my Texas family.” Like so many other artists, Miranda was forced to postpone a number of tour dates due to the new guidelines and limits on large gatherings. She spent the beginning of the year touring to promote her 2019 album, Wildcard.

Watching @mirandalambert perform "Bluebird" on ACM® Presents: Our Country is the next best thing to watching her perform live from her porch. For more performances like this, head to CBS and @CBSAllAccess NOW. #ACMOurCountry pic.twitter.com/SE78hYwIhx

ACM Presents: Our Country was a perfect two-hour distraction for country music fans during this difficult time. Other stars who performed included Kelsea Ballerini, Carrie Underwood, Sheryl Crow, Shania Twain, Brad Paisley, Darius Rucker, Tim McGraw and more. Groups like Little Big Town, Lady Antebellum and Old Dominion teamed up via video chat from their separate homes to perform together. It was quite an incredible night.