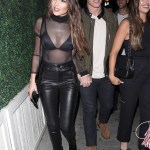 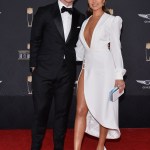 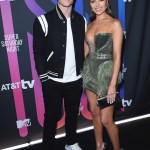 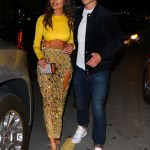 Olivia Culpo and Christian McCaffrey are making the most of their downtime during the coronavirus outbreak. They snuggled up while sunbathing by the pool on March 16.

While self-quarantined amidst fear of coronavirus, Olivia Culpo and Christian McCaffrey are spending quite a bit of time together. The happy couple is somewhere sunny and warm during all this madness, and Olivia posted two photos of them cuddling by the pool on March 16. In the pics, she’s wearing a white crop top, with her abs on display, while Christian is beside her on a lounge chair, shirtless. The football player wraps his arms around Olivia’s waist and leans his head on her shoulder, as she snaps the selfies of them. “Happy place,” she captioned the pic. Christian commented with two blue heart emojis.

It appears that Christian is spending time with Olivia and her family during this period of social distancing. Over the weekend, Olivia posted a video of herself scolding her family for not keeping the house clean while they’re all home and quarantined. Christian could be seen in the background looking on. She also shared videos of the pair, along with her sister, Sophia Culpo, on a private plane on her Instagram Story.

Olivia and Christian were first linked after they were photographed holding hands in Mexico in July 2019. However, after the PDA-filled trip, they continued to keep their romance private. In October, a source confirmed to HollywoodLife EXCLUSIVELY that Olivia and Christian had been “quietly dating” for several months after meeting through mutual friends.

After that, the pair began to be way more public with their love for one another. They attended the NFL Honors together, as well as other Super Bowl weekend events, and are often featured on each other’s social media pages. Olivia previously dated another football player, Danny Amendola, as well as Nick Jonas.