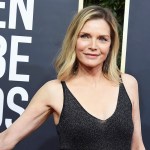 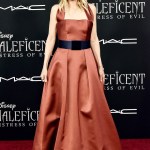 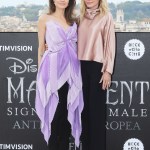 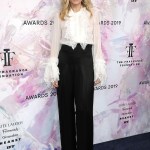 Looking good and feeling gorgeous! Michelle Pfeiffer was in the best of moods when she posted an amazing video of her having a dance party during her workout on the treadmill.

Work it out girl! Michelle Pfeiffer, 61, appeared to be having a blast during her treadmill workout dance party (who knew such thing could exist?) on Saturday, February 22. The Hollywood icon celebrated getting her cast taking off by effortlessly moving her enviable figure up and down and around the workout machine while having an upbeat face on during the entire Instagram clip she posted. She kept things simple, style wise, for her major social media moment in a black tank top with a P splashed in the middle along with black workout pants and sneakers with her beach blonde hair up in a bun. Fans, some famous and some not, loved what they were gawking at and lined up her comments section with endless compliments for her.

“You are adorable! And gorgeous!,” Courteney Cox (who is gearing up for an epic Friends reunion almost 20 years in the making sometime soon) wrote which Michelle took very kindly too. “Oh god you are so sweet!”, she responded to the 55-year-old while jokingly adding, “I think goofy is more like it.” Other celebs who adored seeing the former Catwoman move with such ease included supermodel Helena Christensen, 51, and former RuPaul’s Drag Race star Pandora Boxx.

Someone else who is also a big fan of Michelle happens to be Zoe Kravitz, 31. The stunning actress, who is playing Catwoman in the upcoming Batman movie, met her at the 2020 Golden Globe Awards in January. “I was bowing to the queen,” Zoe revealed about coming face-to-face with the Oscar nominee. The Big Little Lies star went on to explain that they ended up sitting at the same table. “I was actually sitting at the Globes with David Kelley, because he writes our show,” she said of the HBO mystery. Fans may recall, Michelle is married to David. “And, I’m kind of nervous to be in her presence now,” Zoe admitted after their meeting.

Just got my cast off and was so happy I had a dance party with my treadmill. 🙏

A post shared by Michelle Pfeiffer (@michellepfeifferofficial) on Feb 22, 2020 at 7:15am PST

Michelle’s beauty has captivated audiences for decades. She and Maleficent 2 costar Angelina Jolie, 44, were the epitome of the word beautiful when they stormed the red carpet at the Rome premiere of their film on October 7, 2019.