Zoe Kravitz has had her fair share of firsts this January. Not only did Monday morning mark her first appearance on The Ellen DeGeneres Show, but, Zoe revealed that she met Michelle Pfeiffer for the first time at the Golden Globes earlier this month. The meeting was quite a significant one for Zoe, who will play Catwoman in the new Robert Pattinson Batman movie. Why? — It was Michelle who wore the original catsuit in 1992’s Batman Returns. Anne Hathaway and Halle Berry followed in separate Batman installments.

“I was bowing to the queen,” Zoe, 31, said about coming face-to-face with Michelle, 61. The Big Little Lies star went on to explain that they ended up sitting at the same table. “I was actually sitting at the Globes with David Kelley, because he writes our show,” she said of the HBO mystery. Fans may recall, Michelle is married to David. “And, I’m kind of nervous to be in her presence now,” Zoe admitted after their meeting.

Zoe, who was flying out to London to begin filming The Batman, following her interview on Ellen, gushed over her iconic Catwoman costume. “We’ve had many [costume fittings],” she said, noting that “it’s going really well. It’s very exciting.”

And, while preparing for The Batman has been going well, Zoe admitted that it hasn’t been easy.

“I’ve been training a ton too, which has been really great and hard. [It’s] very physical,” she revealed. “I come home just limping every day. It’s very — it’s actually kind of pathetic.” The film also stars Colin Farrell as Penguin, Paul Dano as Riddler, Andy Serkis as Alfred Pennyworth and Jeffrey Wright as Commissioner Gordon. 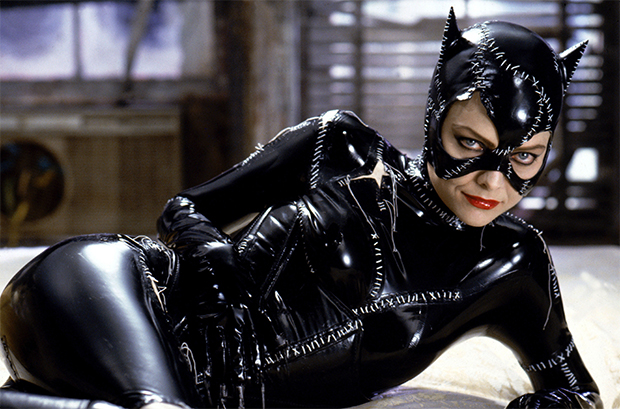 Zoe stopped by the Ellen Show to promote her new Hulu original series, High Fidelity, which premieres on February 14. The comedy is about a female record store owner, played by Zoe, who revisits her top five past breakups through music and pop culture while trying to get over her one true love.