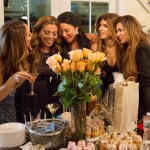 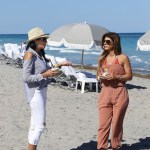 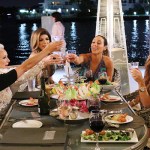 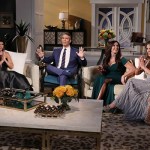 Margaret Josephs and Danielle Staub — who have an on-going feud — got into their most dramatic argument yet on the most recent episode of ‘RHONJ’! Both women opened about about the intense fight on Bravo’s after show.

We didn’t think the drama could get any crazier in New Jersey, but it just did! Margaret Josephs, 52, and Danielle Staub, 57, got into their most heated altercation ever on Wednesday nights episode that literally ended with a hair pull! The argument began when the two women — who have a history of not getting along — both attended the same private shopping event. After an unpleasant exchange, Margaret grabbed a bottle of water then poured it right onto Danielle’s head! Instead of walking away and letting the situation cool down, Danielle then snatched several items from Margaret’s purse and placed them inside a lit candle. Ultimately, the entire argument exploded with Danielle grabbing Margaret’s ponytail from behind and dragging her — talk about a double yikes!

Though fans have yet to see how the argument ends — tune in next week for that — Margaret did open up about the insane fight on Bravo’s after show. “It was very painful for me to relive. The energy that day frightened me and to this day it still does,” Margaret admitted of the argument, suggesting that Danielle could have broken her neck or paralyzed her. “My neck was snapped back, and easily could have been broken…I could not defend myself. I could have been paralyzed. Everyone was crying including production. It was horrific. I wanted to forget [and] move on. To this day, [I’m] devastated.” We don’t blame her. She also added the was then “attacked” by Danielle for “a full 12 minutes after the fact, from behind.”

Danielle has come to her own defense about the argument, in an attempt to clarify what actually went down. “I have never hit anyone nor did I after being pushed or being assaulted from behind,” Danielle explained. “What I did do after a half hour of a brutal back and forth with my personal space being invaded was to pour water on someone who was clearly looking to assault me and push me into a physical altercation.” When it comes to personal space, the brunette also feels her co-star should “learned her lesson” years ago. “She crosses every boundary of mine; every line, every boundary. You know how many people have asked me, why haven’t I done anything to her sooner? Not just ask me, been adamant about it! Almost mad about me that I haven’t. It’s just not in me. But I guess you poke at somebody long enough… I was backed into a corner and I just, I was done.” The reality star has also confirmed she has no regrets about their fight.

THE HAIR PULL HEARD ROUND THE WORLD

“My only regret is not doing it sooner,” Danielle continued. “I would love to know why Margaret feels like she needs to pour things on me, throw things at me, yell at me, talk about my past as if she was a part of it, get involved with my marriage, get involved with my relationships,” the Wayne, New Jersey native further explained. “She’s affected my life in a very bad way, and all I did was help her fit into the group in the beginning. From where I’m standing, she owes me not only a big apology but she should give me a lot of gratitude.”

The other ladies — including co-star Jenner Aydin — have taken to social media to express their thoughts on the intense argument. “It is totally unacceptable to physically hurt someone else!…No matter what happened, @MargaretJosephs did not deserve that! #brutal,” Jennifer tweeted on Jan. 1. Former cast member Jacqueline Laurita also had something to say back in October after the trailer was posted! “It’s interesting to me that Danielle Slob prosecuted my 18 year old daughter for pulling her weave when she, as an ADULT, ripped out @MargaretJosephs hair in a tantrum.God I hope Margaret brings a mannequin head to the reunion to demonstrate the attack and sues her ass. #RHONJ,” the tweet said. Danielle responded to those defending Margaret by describing them as “the most disgusting, vile people ever.”

“When it escalated to her pouring water over me, I really just didn’t expect it,” Danielle also added. “I decided, if she was going to basically s*** all over me again, how far am I going to let this go without a push-back? No more. I was going to take something that she really loved and I wasn’t sure what I was going to do with it, so I decided that I would pour her bag into a candle. And it made me feel happy. I felt happy.”