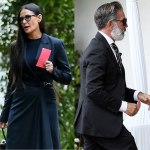 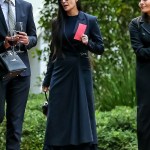 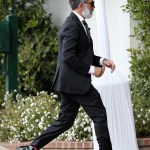 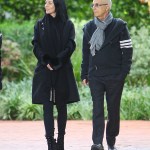 Friends and family gathered together in Bel-Air on Nov. 30 to mourn Harry Morton, a week after the Pink Taco founder suddenly died at just 38.

Friends and family gathered together in Bel-Air, California on Saturday, Nov. 30 to mourn Pink Taco founder Harry Morton, a week after his sudden passing. Demi Moore — who was rumored to be romantically linked to Harry in 2013 after her split from Ashton Kutcher — attended the memorial, alongside Lori Loughlin and her husband Mossimo Giannulli. The intimate event was held at the Bel-Air home of Harry’s father Peter Morton, who best known as the founder of Hard Rock Cafe. Other stars in attendance included Beats co-founder Jimmy Iovine and wife Liberty Ross, oil heir Brandon Davis and others.

Hollywood was stunned on Nov. 23 when the 38-year-old – whose celebrity exes include Lindsay Lohan – was found dead in his Beverly Hills home. Within days of his passing, Harry’s family released a statement saying that the cause of his death was heart disease. The son of the Hard Rock Café co-founder Peter Morgan, had coronary artery disease and a “mildly enlarged heart,” a spokesperson told TMZ on Nov. 26. The family also claimed that a doctor confirmed that there was calcification in three of his main arteries, leading to the shocking heart attack. However, on Dec. 5, the LA County Coroner told HollywoodLife EXCLUSIVELY that there was no official “cause and manner of death for Harry Morton” yet.

Harry’s grief-stricken younger brother, Matthew Morton, mourned his older sibling in an emotional Instagram post, published on Nov. 27. “On Saturday I lost my big brother. Harry is that rare person who means so much to so many people in so many different ways, but to no one, could he be more meaningful than he has been to his little brother,” he wrote.

“I lost my best friend in the entire world, my second father, I lost the person that taught me everything growing up, the person that looked out for me, guided me, showed me the way. Pretty much everything that’s good inside me comes from a lesson I learned along the way from Harry,” he continued.

Matthew later warned his friends to get checked to prevent SCD (sudden cardiac death) happening to them. “My brother passed away from sudden cardiac death,” he wrote. “If you’re a young man, I urge you to go and get a heart scan. SCD is the single largest cause of natural death in the United States, it takes the lives of 325,000 people a year, and it is twice as common in men as it is in women.” Matthew also announced that his family plans to set up a foundation to “help combat heart disease.”

On Nov. 24, Lindsay, 33, remembered her ex-boyfriend by posting a photo of them together on Instagram. She captioned the pic, “Best friends. Best life.” The actress and the restaurateur dated in 2006, and Lindsay’s mother Dina Lohan also shared a sweet memory. “RIP Harry God has an angel, we love you! Prayers to the family,” she captioned a throwback photo of him and Lindsay.