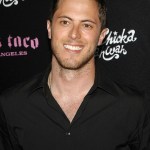 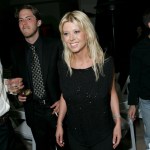 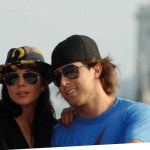 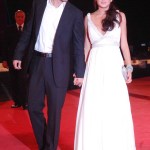 Pink Taco founder Harry Morton, who dated Lindsay Lohan in the 2000s, has died at the age of 38 after being found unresponsive in his Beverly Hills home on Nov. 23.

Harry Morton, 38, who is best known as the founder of the popular hotspot Pink Taco, has sadly died, according to Variety. The successful business owner, who famously dated actress Lindsay Lohan and was romantically linked to other Hollywood startlets such as Paris Hilton, Demi Moore and more, was found unresponsive in his Beverly Hills, CA home on the afternoon of Nov. 23. Although paramedics were called, Harry was pronounced dead at the scene and then transported to the local coroner’s office, where he will undergo an autopsy. No foul play was suspected at the time he was found, the outlet reported.

Here are five things you should know about Harry in the wake of his unexpected passing.

1.) Pink Taco, which he founded in 1999, is one of many restaurants he helped start and run. Harry was part of a famous family of restaurateurs who created the popular Morton’s Steakhouse and the Hard Rock Cafe and Hotel. He was just 18 when he created Pink Taco.

2.) His romantic relationship with Lindsay was the talk of the town. Harry and Lindsay first met at her 20th birthday party on July 2, 2006 and immediately connected. They had a steamy summer romance and things got so serious that engagement rumors began to swirl after he was spotted shopping at Cartier’s and Lindsay was spotted wearing various rings on her left hand ring finger. He even accompanied her to the premiere of her film Bobby in Venice that Sept and was often seen hanging out with her and her friends.

Lindsay’s mother, Dina Lohan, took to Instagram after news of Harry’s death made its way around the internet and posted a photo of him with Lindsay and the caption, “RIP Harry God has an angel, we love you! Prayers to the family.”

Harry was also romantically linked to Demi Moore after her breakup from Ashton Kutcher as well as Britney Spears, Paris Hilton, and Jennifer Aniston. At the time of his death, he didn’t appear to be married or have any kids.

3.) He owned a Beverly Hills residence that used to belong to the late Elvis Presley. Harry made headlines for buying the estate, which Elvis previously owned with wife Priscilla Presley, in Mar. He paid about $25.46 million for it, according to the Los Angeles Times. Harry’s father, Peter, also owned the home for two years before selling it for $14.5 million in 2014. Although Harry owned this home at the time of his death, he was found dead in a different Beverly Hills home, according to TMZ.

4.) He bought the infamous Viper Room in 2008. Previously owned by actor Johnny Depp, the club and music venue which is located on Sunset Blvd in West Hollywood, CA is perhaps best remembered as the place where actor River Phoenix overdosed and died at the age of 23 in 1993.

Our healing thoughts go out to all those affected by Harry’s passing.